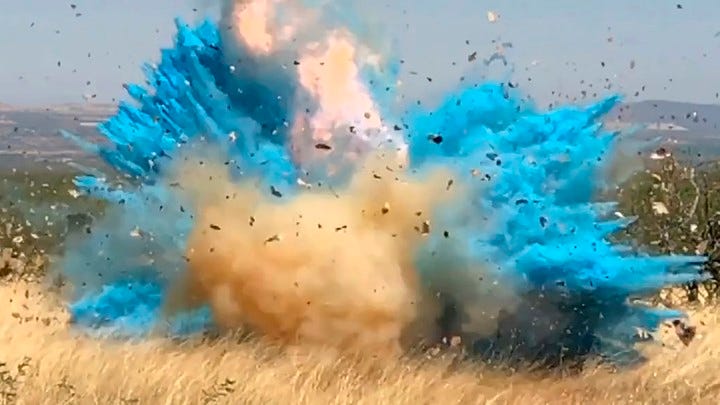 FORT MCMURRAY, Alta. — A $600 fine has been issued after a gender reveal party led to a wildfire in Alberta.

Travis Fairweather, a wildfire information officer, says the party was taking place about 10 kilometres west of Fort McMurray on May 31.

An exploding target full of blue or pink powder didn’t just reveal the baby’s gender — it started a significant blaze.

The fire grew in size to about half of a Canadian Football League field.

Ten wildland firefighters were dispatched to help local firefighting crews.
Fairweather says written permission is always required in Alberta to use fireworks or an exploding target.

Multiple wildfires have been linked to explosions at gender reveal parties in recent years throughout North America.