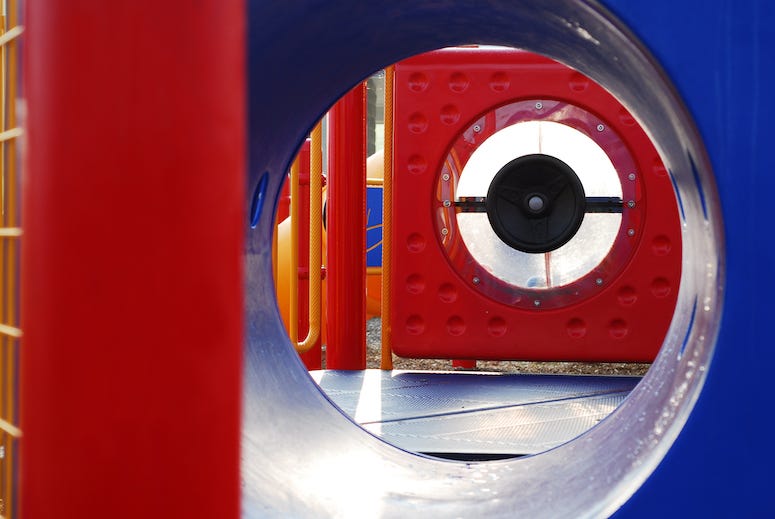 It was around 9 in the morning last Friday when police in Vero Beach, Florida received a tip about some lewd activity at Pocahontas Park, a nearby children's playground.

When they arrived at the scene, they found 52-year-old Sharon Finlay and 44-year-old Germain Jackson, who were. very busy together inside one of the playground's crawling tunnels.

When asked what they were doing, Finlay told the cops they were just "making out," though Jackson was more direct with the police, saying he was providing her with...other accommodations.

According to The Smoking Gun, the couple will only be facing charges of possession of an open container, after being found with a bottle of Gulf Crest vodka and two cans of Four Loko.

They've escaped more serious charges since there were no children present at the playground at the time of their arrest.