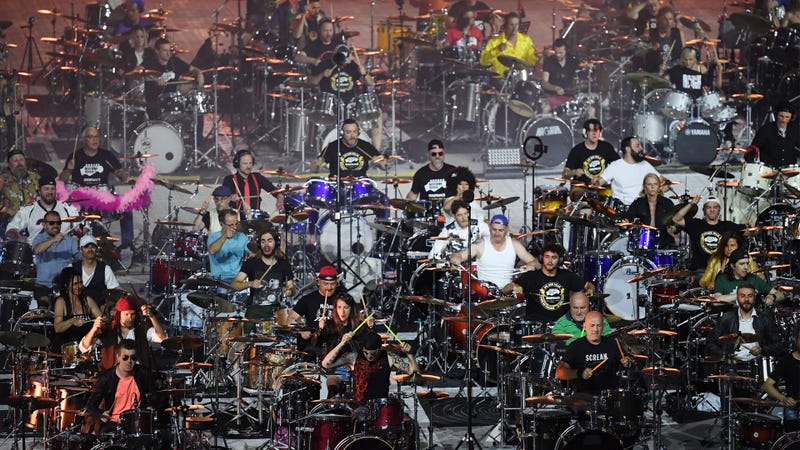 The power of music is truly a remarkable thing and that’s exactly what over 1,000 musicians from over 25 countries proved by honoring the late Taylor Hawkins with a triumphant rendition of “My Hero.”

Reconvening for the first time in three years due to the pandemic, the Rockin’1000, which was initially part of an elaborate plan to lure Foo Fighters to the small town of Cesena, Italy, has evolved into a celebration of rock music, which this year honored one of its lost icons.

For those who are unfamiliar, the Rockin’1000 takes place in Paris at Stade de France, where hundreds of singers, guitarists, bassists, and drummers all get together to rock out to a crowd of 50,000 people.

This year's 21-song set list included covers of The Who, Rage Against the Machine, Pink Floyd, The White Stripes, and Guns N’ Roses. And of course, a tribute to late great Foo Fighters drummer Taylor Hawkins with a special performance of “My Hero.”

Check out the incredible performance below —