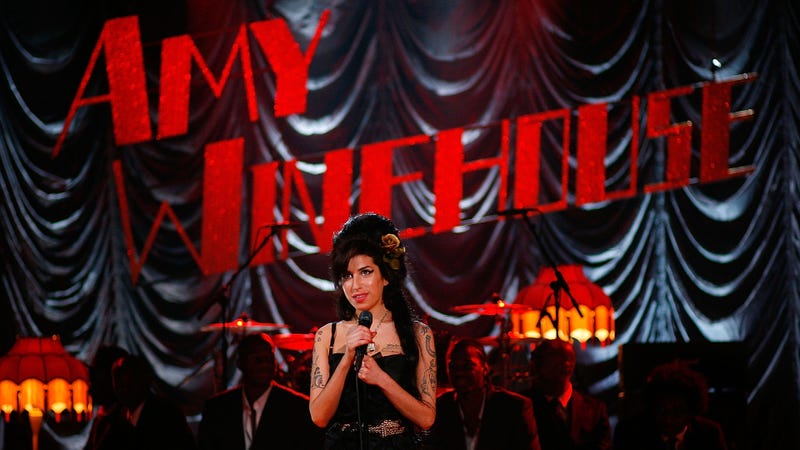 Sam Taylor-Johnson shared the very first sneak peek into her upcoming Amy Winehouse biopic Back to Black, and the internet had some opinions.

In the pic the Industry actress, Marisa Abela, who is set to play Winehouse is seen rocking Amy’s signature beehive hairstyle and some hoop earrings. “Marisa Abela… watch out everyone! Cameras roll on Monday. Here we go!” Taylor-Johnson captioned the pic.

Ahead of the project beginning, Abela also shared a series of pics on her own Instagram page, posing in front of a large brick mural of Winehouse, along with a few other dedication shots, which she captioned “And for London. This is for London. Cause Camden Town ain’t burnin down,” she captioned the post, in reference to Amy’s 2008 GRAMMY Awards speech.

While arrival date, plot or pretty much anything else has yet to be released or revealed. As Sam, who directed the first installment of the Fifty Shades of Grey franchise and more recently A Million Little Pieces, revealed, filming began Monday January 16. Set pictures immediately began to surface, and as always the internet had some opinions about anything and everything. Check out a few found on Twitter, below.

I need her arrested IMMEDIATELY https://t.co/TQb8n2ln5C