Jason Kelce was asked to compare and contrast the on-field leadership styles of Carson Wentz and Jalen Hurts ahead of Sunday's Eagles-Commanders matchup.

"Everybody has got different ways of leading, or different personalities. I think Jalen is a very—what's the word I'm looking for? Jalen has like a very stoicism to him and calm confidence that really lends itself to making everybody feel comfortable in the huddle and feel comfortable with the offense," Kelce said. "I think he does a phenomenal job of keeping locked in himself and to keeping everything going in a way that guys are moving, and I think that's just kind of who he is as a person. That's part of his personality, the way he answers questions in a press conference. That guy doesn't really ever get rattled. I think it's a really, really good trait to have as a quarterback. That's one thing.

"Carson has a lot of things that he does really, really well, that he does better than anyone else I've played. Carson was an incredibly smart, incredibly dynamic player. He was a guy that was very, very vocal trying to make changes, adjustments. I think they both are great leaders. They lead in their own unique ways. Nick Foles was different. Every guy is going to be slightly different." 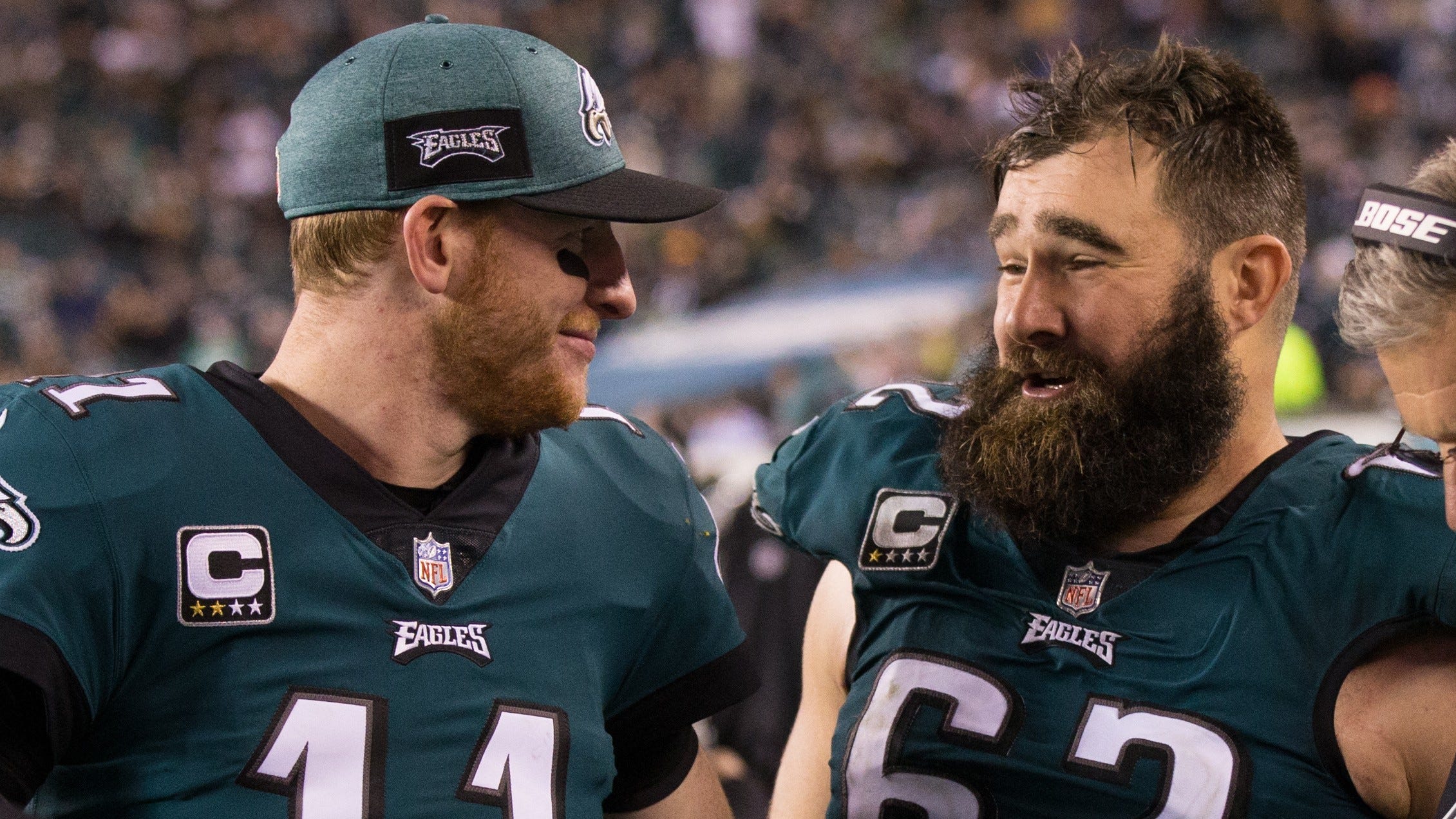 Kelce on Wentz: 'Texted him today, great friend and teammate'

"I can't speak to the residual bitterness. I don't feel that. I think whenever you are playing a former player, on both sides, you're going to have more emotions involved in the game. And Carson wasn't just a former player, this is a guy that was an MVP caliber player who was a big part of us winning the Super Bowl in 2018, the '17 season. There's gonna be emotions here. I'm sure Carson is going to be fired up and it means more to him."