Listen to BIG 98.1 on Audacy for your chance to win Bryan Adams tickets!
By Andrew Porter and Angelo Cataldi and the Morning Team

Jalen Hurts is having an MVP-like season, there's no doubt about it. A big part of his development in his third NFL season, and second as a full-time starter, is his ability to see the game and offer suggestions and information to the coaching staff on a weekly basis.

"He's got this great sense, like a coach would, of what compliments things in our offense," Eagles head coach Nick Sirianni told Angelo Cataldi on Monday, when asked about Hurts. "He's coming to the sideline and he's saying, 'Hey this guy is here on this one, I think this would work.' And we're like, 'Yeah, that's an awesome idea.' And so that's a great progression in his development that he's able to give us that information...The information he's giving us on a weekly basis is proving over and over that he's right on it and he's seeing the game so well, that's why he's getting the ball in the right place. And then he's able to make suggestions that can affect the game because maybe we see something, but we're not out there doing it. He's seeing it perfectly to his eye and that's a big part of his development and I'm glad he's taken that step."

Hurts had a historic game on Sunday night against the Packers, rushing for 157 yards, an Eagles QB single-game record, and throwing for another 153 and two touchdowns in a 40-33 win. The Eagles are now 10-1. 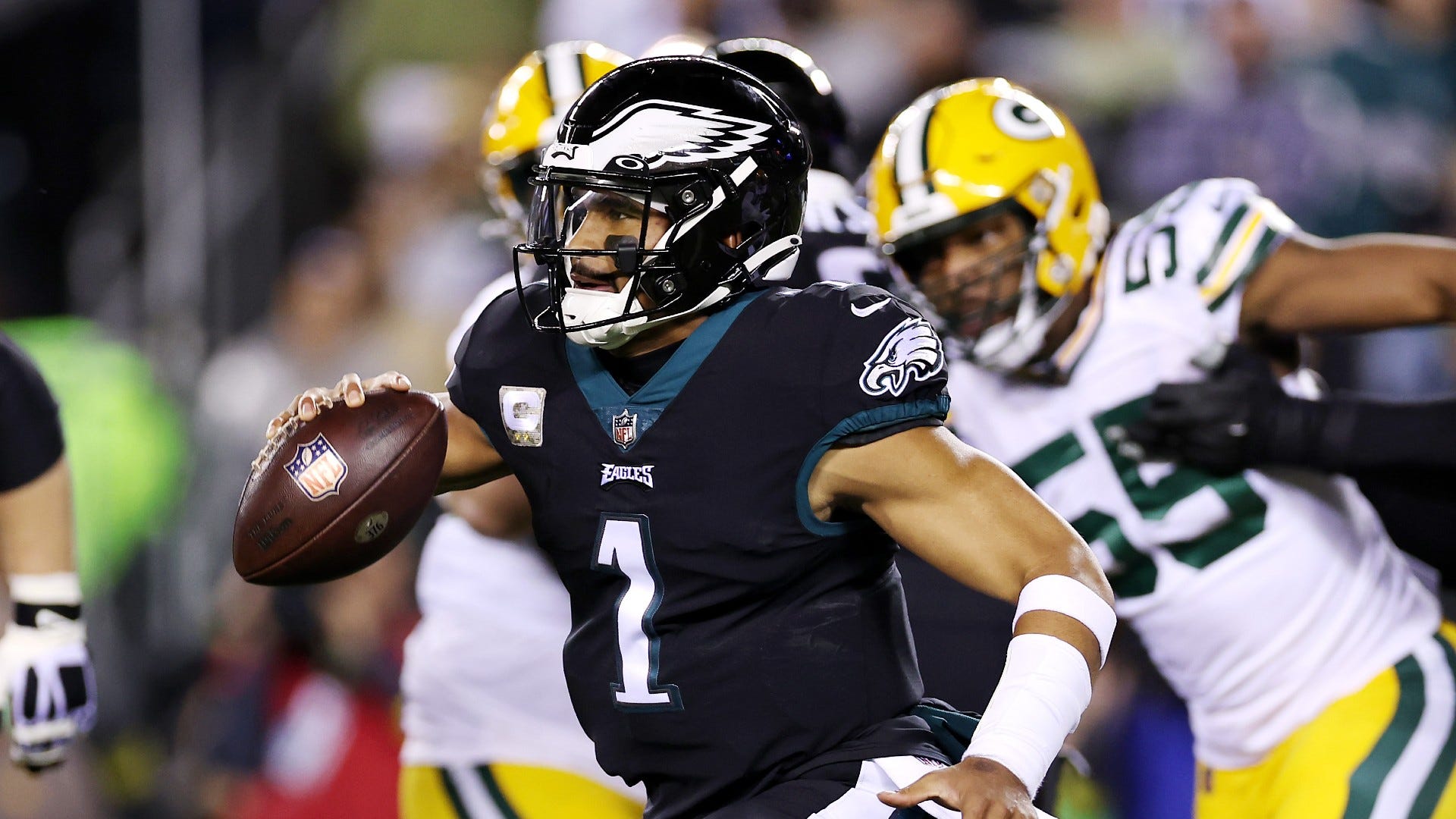 "As he gets more and more comfortable with the plays that we're running, the system that we're running. And we're doing what we can do to fit the system to him, it's his system," Sirianni said of the Eagles' offense, which racked up 363 rushing yards against Green Bay, the second most in franchise history. "What's the system? I don't know, it's a system that fits Jalen Hurts and our offense. But as he runs these plays more and more, he feels things that the defense is doing out there."