The Cowboys went into Minnesota and made a huge statement on Sunday. The Vikings were flying high after a win in Buffalo, but the Cowboys brought them back down to Earth with a 40-3 smackdown.

Dak Prescott and the Cowboys needed to bounce back from the loss in Green Bay and they did in a big way. In fact, Dallas is now looking like one of the best teams in the NFC – if not the entire league.

Elliot Shorr-Parks of the Audacy Original Podcast “The Best Football Show” talked about just how impressive the Cowboys are and where they stand among the NFL’s best teams.

“I thought the biggest takeaway from the games on Sunday revolved around the NFC and an absolute statement, big boy, ‘we’ve arrived’ win by the Dallas Cowboys in Minnesota,” Shorr-Parks said (1:30 in player above). “They go into Minnesota, a team that was arguably the hottest in the NFL – certainly the hottest in the NFC coming off a big win last week against Buffalo –, and they laid the absolute smackdown.

“They went into Minnesota and made it so the broadcast had to change the game by the time the third quarter was happening,” he continued. “It was that far from being a competitive game. It was that much over.”

The teams traded field goals in the early going and then it was all Cowboys from there.

Dallas scored 10 points in the first and 13 in the second quarter to take a 23-3 lead into halftime. The Cowboys added two more touchdowns early in the third quarter to turn it into a laugher.

The Eagles beat the Cowboys back in Week 6, but that was with Cooper Rush under center. The two will meet again in Dallas on Christmas Eve. That could be a different story given the recent trajectory of the two teams.

“I think the Cowboys are legitimate Super Bowl contenders with an incredibly high ceiling,” Shorr-Parks continued. “One of the highest ceilings in the NFL come playoff time and really any week with what they can do on offense and what they can do on defense.”

Dak Prescott was near perfect on Sunday, going 22 of 25 for 276 yards with two touchdowns before giving way to Cooper Rush. The Cowboys spread the ball around as well with 10 different players catching a pass, including seven with at least two receptions.

The running game was also a solid split. Tony Pollard and Ezekiel Elliott both carried the ball 15 times for a combined 122 yards (Pollard 80, Elliott 42). Elliott scored twice on the ground while Pollard had two receiving touchdowns with six catches for 109 yards.

The Cowboys have dealt with injuries this season but still stand at 7-3 through 10 games. They got past Prescott’s injury and have scored a total of 117 points over their last three contests after having scored 134 points in their first seven games.

“They showed (on Sunday) that when they’re clicking they are an unstoppable offense,” Shorr-Parks concluded. 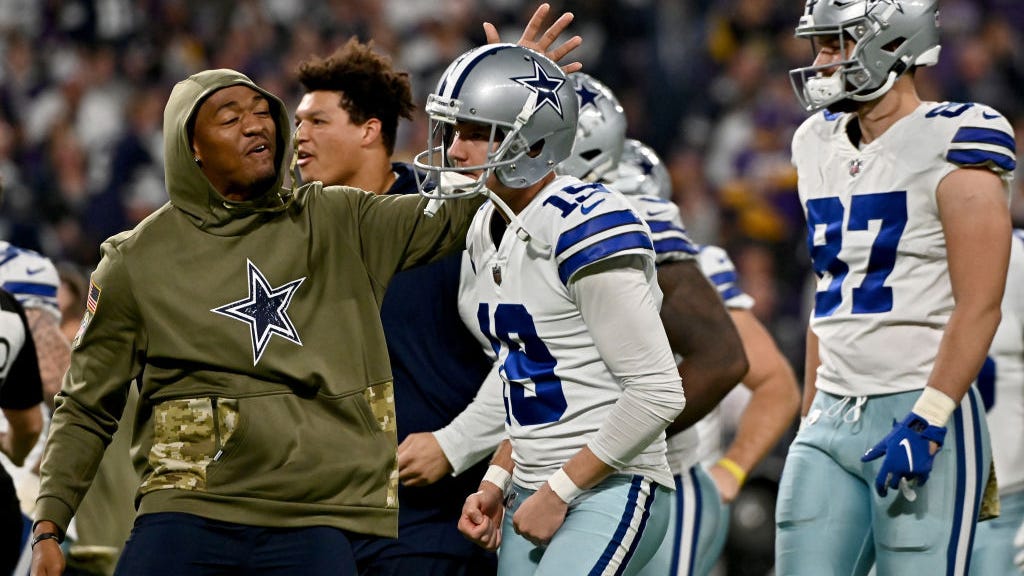