Nick Sirianni would like for the record to reflect that the Eagles don’t always go into coin tosses with the mindset that they’ll defer if they win.

The Eagles won the toss 14 times this season, according to StatMuse, good for a share of most toss victories in the NFL. Like most teams, they tend to respond to winning the toss by deferring and taking the ball to start the second half.

But in Saturday’s divisional round game against the Giants, New York won the toss and elected to defer, giving Philly the ball to start the game. That helped set the tone, as Jalen Hurts and the Eagles offense marched down the field over the first five minutes, scoring on a Dallas Goedert 16-yard touchdown reception. 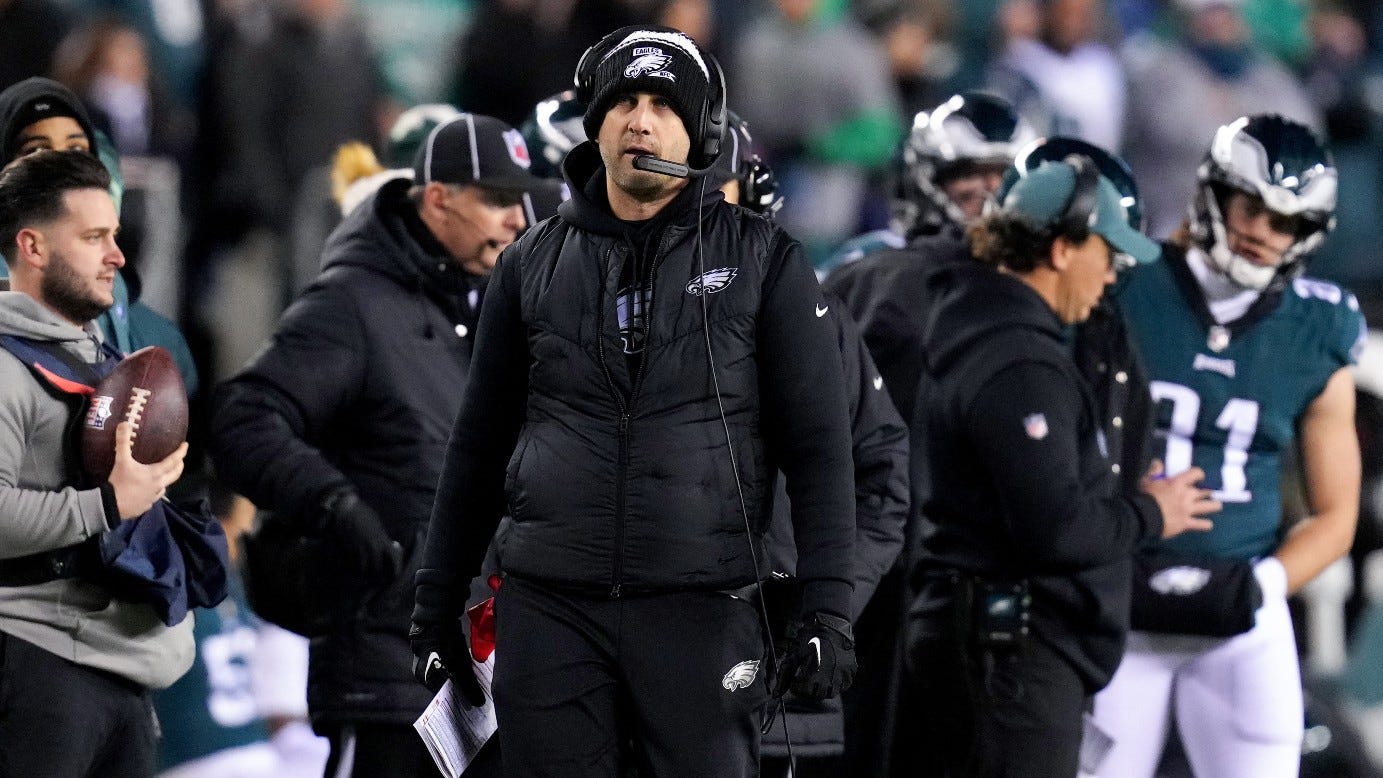 Judging by the 38-7 final scoreline, it’s fair to assume that the hot start wasn’t the only contributing factor to the thumping. But it does open the door for a discussion about the potential benefit of taking the ball first.

Asked Monday on "Angelo Cataldi and the Morning Team" if the Eagles would now consider taking the ball in the first half if they win the toss Sunday against the 49ers, Sirianni didn’t rule it out.

“Yeah, of course,” Sirianni responded. “We always think through all those things, and each game is treated a little bit differently. I know it’s perceived that all we do is defer, but there are times we lose the toss and don’t have a choice in the matter. So, those are games too that nobody really knows what we’re doing.

The last time the 49ers won a coin toss was in the wild card round against the Seahawks, and San Francisco elected to defer.