With coronavirus cases surging across the country, many are concerned that cities and states will once again be put on lockdown.

While many locations have yet to fully reopen and spikes continue to increase around the nation, Dr. Anthony Fauci is now advising the best way to avoid having to shut down the economy is to adhere to a basic safety protocol he has been advocating for since the onset of the pandemic.

“We don’t want to shut down completely,” Fauci said during a virtual interview with Howard Bauchner, the Journal of the American Medical Association’s editor-in-chief, according to Bloomberg. “That’s almost radioactive now when you say that because of the situation of not wanting to hurt the economy. Well, if you don’t want to shut down, at least do the fundamental, basic things...the flagship of which is wearing a mask.”

The nation’s leading infectious disease expert also criticized the United States not having a standardized mask plan for the entire country.

“We can’t have this very inconsistent wearing where you see states that absolutely refuse to wear a mask,” Fauci added.  “It almost becomes a political statement. We’ve got to get away from that.”

His latest statements come a week after he said things would have to get “really, really bad” before a national lockdown would be necessary.

Fauci told CBS News the country is “fatigued with restrictions.” 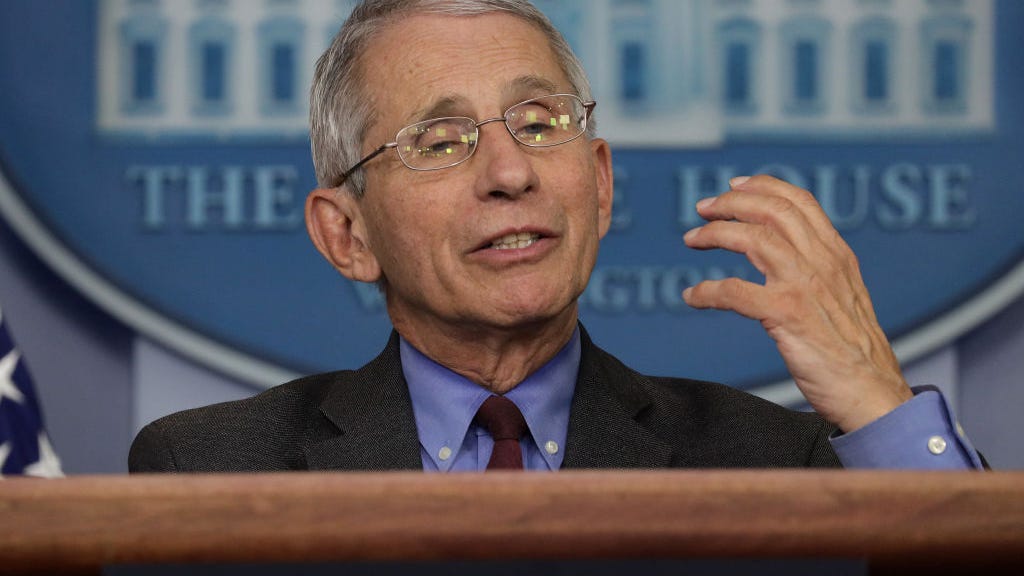 Fauci: Gathering over the holidays during COVID ‘is a risk’

The 79-year-old also suggested a national mask mandate may be necessary if the U.S. doesn’t control the astronomical rise in the number of daily cases of the novel virus.

Well, if people are not wearing masks, then maybe we should be mandating it," Fauci told CNN.

"There's going to be a difficulty enforcing it, but if everyone agrees that this is something that's important and they mandate it and everybody pulls together and says, you know, we're going to mandate it but let's just do it, I think that would be a great idea to have everybody do it uniformly," he said.

On Thursday, the United States surpassed its record for most COVID infections in a single-day with more than 88,900 cases, noted the Washington Post.

sports
Kenny Mayne announces he's leaving ESPN
sports
What might Stephen Curry's stats look like if there was a 4-point line?
sports
Report: Some within Broncos say it is 'real possibility' they could land Aaron Rodgers
music
Chris Martin of Coldplay is still trying to clear his name at the supermarket job he worked in the 90s
news
Puente de vidrio se rompe, dejando turista atrapado a 100 metros de altura
news
WHO reclassifies triple-mutant variant in India as 'variant of concern'