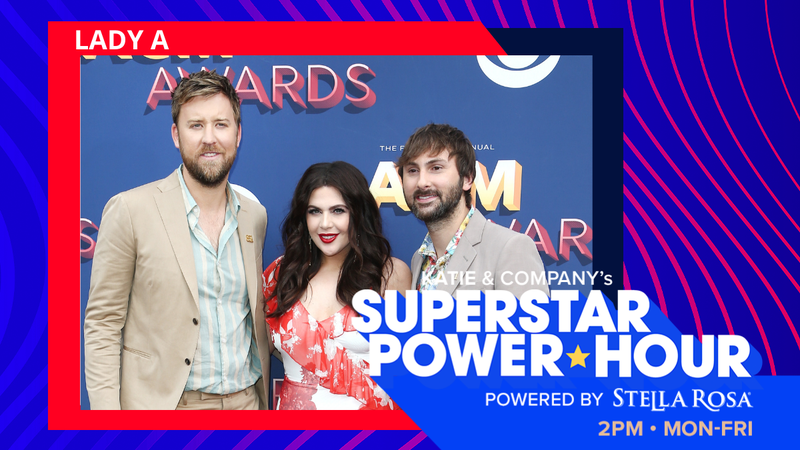 Audacy's Katie Neal welcomes Lady A to our airwaves as this week’s co-host for the Superstar Power Hour on all your favorite Audacy Country stations nationwide.

Hot on the heels of their What A Song Can Do, album release last month Lady A is not slowing down as the holiday season is in full-swing.

Not only have they served up new music on their newest album, but they’re also giving us all the Christmas music we’re craving with their On The Winter’s Night (Deluxe), a holiday album they released during last year’s holiday season.

Additionally, the beloved trio has somehow found time to collab with friend and fellow artist, Russell Dickerson, for a fresh rendition of his song, “Home Sweet.”

While “Home Sweet” may be new to fan’s ears, it’s been around or a while with Dave, Charles, Hillary and Russell, who wrote it a few years ago while on the road together.

“It is interesting how this collaboration came about,” said Charles. “Three years ago!” Hillary chimed in.

Charles continued as he told Russell, “When I first heard you do it, it felt so your story because you’re at that spot where that song to me, feels like you’re story,” he said of the nostalgic tune.

The new collab can be heard everywhere now. Be sure to catch the Superstar Power Hour every weekday from 2PM - 3PM on your favorite Audacy Country station as Katie & Company bring you today's biggest hits with some extra insight from the biggest stars in the genre!