If you're in the market for a rental, one of the best things that's happened in recent weeks is that the Chicago Cubs have gone into a swoon, assuring that multiple key players could be had in trades before the July 30 trade deadline.

Indeed, Ken Rosenthal and Patrick Mooney of The Athletic reported Friday that the Cubs have begun "the process of becoming sellers."

While we examined Craig Kimbrel's market earlier this week, the eight-time All-Star closer has a $16 million option for 2022, one that will almost certainly be picked up if he doesn't finish 55 games this season, which would cause it to vest automatically. So Kimbrel is more than just a rental, and therefore figures to be more expensive than some of the Cubs stars that will be eligible to test free agency after the 2021 season.

There will be a time and place to discuss the trade candidacies of Javier Báez and Anthony Rizzo, but among the free-agents-to-be on the Cubs, Kris Bryant perhaps has the best chance to help a team have a parade in late October.

Bryant, the 2016 National League MVP, is having his best season in years, slashing .268/.349/.498 with 16 home runs, 43 RBIs and a 2.1 fWAR. Bryant isn't a Gold Glove-caliber player at any one position, but he's played both corner infield positions and all three outfield spots at some point for the Cubs in 2021. That, in addition to his offensive prowess, should make him coveted by contenders the next few weeks.

As Bryant's time in Chicago perhaps winds down, here's a look at five contenders that he'd be a good fit for down the stretch: 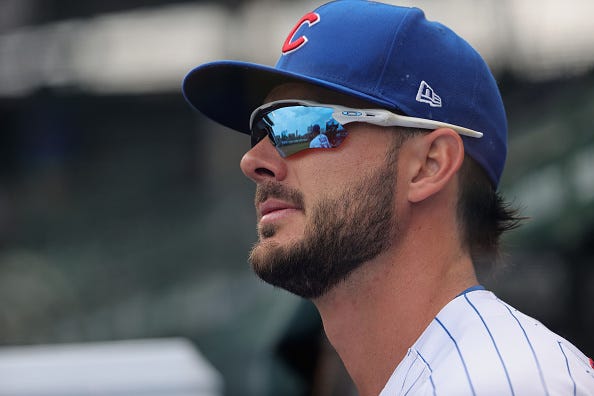 Perhaps Bryant will receive a "Welcome to the Mets" text this July that's actually legitimate, as opposed to the one that he got this past offseason. Bryant would be an upgrade defensively over J.D. Davis - who is currently on the injured list - at third base. He'd also give them an insurance option in both corner outfield positions if Michael Conforto and/or Dominic Smith don't recover after disappointing first halves. 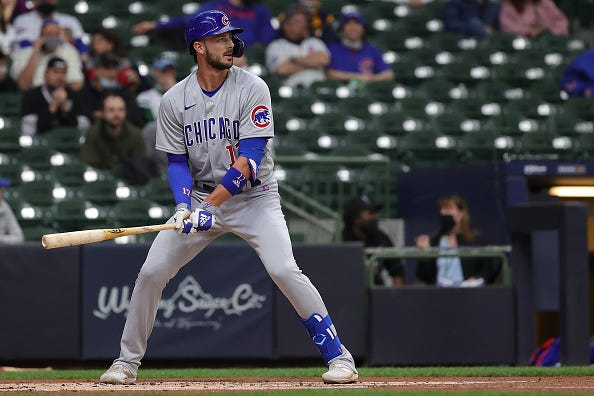 This one may be a long shot because the Brewers play in the same division as the Cubs. That said, chances are that Bryant would just be a rental in Milwaukee, so if they offer the best return, Jed Hoyer would have to give serious consideration to trading a franchise icon within the National League Central. Travis Shaw is on the injured list with a left shoulder injury, and has slashed just .191/.279/.337 in 178 at-bats. If it weren't for the Brewers being division rivals with the Cubs, we'd say they would make the most sense of any of the potential suitors for Bryant. 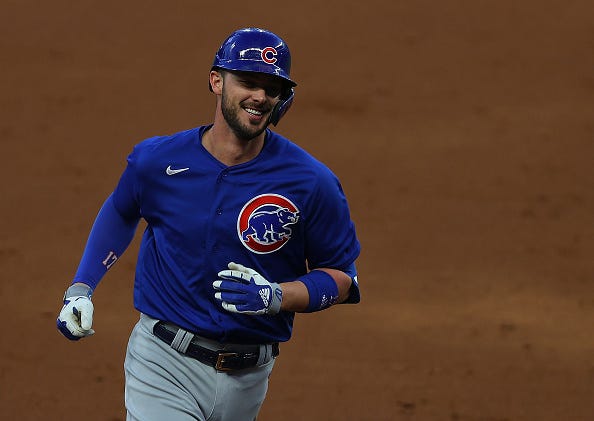 The Braves know a thing or two about third basemen that can also hold their own in left field. Bryant isn't Chipper Jones, but he could certainly help the Braves to rebound in the second half and claim their fourth consecutive National League East title. Austin Riley has shown some improvement at third base defensively and is having a very strong offensive season, so the guess here is that Bryant would be asked to play left field. The Braves miss the impact that Marcell Ozuna provided in their lineup last year, but with an ongoing investigation into his May arrest for domestic violence, he's unlikely to return this season (or perhaps ever). Bryant could fill that void, at least for few months. 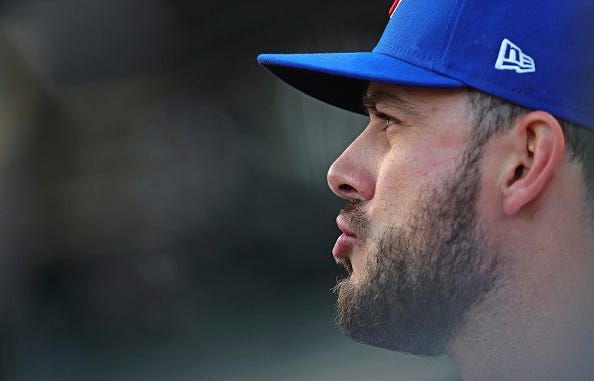 The Giants have quite a few veterans with extended postseason experience, and that includes Evan Longoria. Though he's currently on the injured list with a left shoulder injury, Longoria has slashed .280/.376/.516 in 2021, so the Giants wouldn't trade for Bryant expecting him to take over at third base. However, Farhan Zaidi and company may need to add another outfield bat if they hope to stave off the Los Angeles Dodgers and San Diego Padres in the National League West. After impressing in small sample sizes in 2019 and 2020, Alex Dickerson is hitting just .223 with a .699 OPS in 2021. Bryant would represent a major upgrade over him in left field. 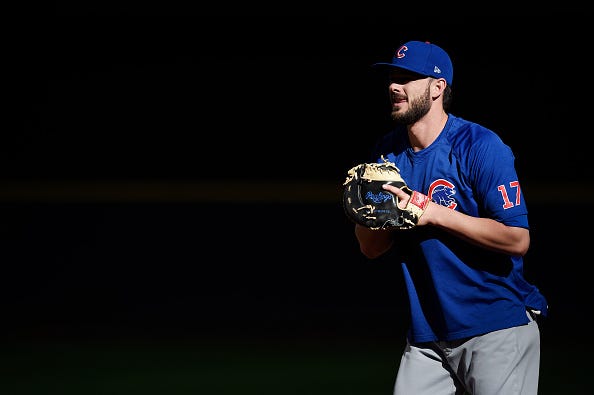 Given that Vladimir Guerrero Jr. is having an MVP-caliber season and the Blue Jays will seemingly have George Springer in the mix after being without him for much of the first half, there's reason to think that Toronto could do damage after the All-Star Break. Bryant could take some at-bats from a struggling Cavan Biggio at third base. He could also either play left field or DH, whichever one isn't being occupied by Lourdes Gurriel.