Even if Aaron Rodgers doesn’t play another down this regular season, and there’s a good chance of that with Green Bay already assured of a first-round bye (not to mention they’re playing Detroit), the Packers quarterback seems all but certain of winning his second straight MVP and the fourth of his illustrious career. But he won’t be a unanimous choice with NFL insider Hub Arkush announcing Tuesday that Rodgers, who he considers the “biggest jerk in the league,” won’t be on his MVP ballot.

Rodgers, who cemented his MVP status with another brilliant performance in Week 17 (288 yards, two touchdowns in a rout of Minnesota), didn’t mince words when the subject was raised during Wednesday’s press conference, dismissing Arkush as a “bum” while suggesting he have his MVP ballot taken away. “I think he’s an absolute bum,” said Rodgers of Arkush. “He doesn’t know me. I don’t know who he is. No one knew who he was, probably, until yesterday’s comments.”

The 38-year-old believes Arkush had his mind made up months ago, holding Rodgers’ vaccine status against him. “His problem is I’m not vaccinated,” insists Rodgers. “If he wants to go on a crusade and collude and come up with an extra letter to put on the MVP award just for this season and it make it the Most Valuable Vaccinated Player, then he should do that.”

Rodgers, who has been noncommittal about his NFL future beyond this season, has been a magnet for controversy, ruffling feathers with his polarizing views on COVID, which many have characterized as misleading and ill-informed. “I knew this was possible. I talked about it on [Pat] McAfee weeks ago,” Rodgers admitted. “But he’s a bum and I’m not going to waste any time worrying about that stuff. [Arkush] doesn’t know what I do, who I am and he’s never talked to me in his life.”

In recent years, the NFL’s MVP Award has been reserved almost exclusively for quarterbacks—the last non-quarterback to win was Vikings running back Adrian Peterson in 2012. But in the absence of a clear-cut choice (advanced metrics suggest Tom Brady actually has a more compelling MVP case than Rodgers), some are beginning to wonder if that criteria is outdated, particularly with Cooper Kupp and Jonathan Taylor both having exemplary seasons.

It's pretty wild that in a year in which no QB is having a truly historic season and no QB has separated himself statistically — Brady, Burrow, Rodgers, Allen are a tier — MVP voters *still* feel they have to pick a quarterback. That is a broken award.

If Rodgers takes home MVP honors again in 2021, he’d be the first repeat winner since Peyton Manning in 2008-09. 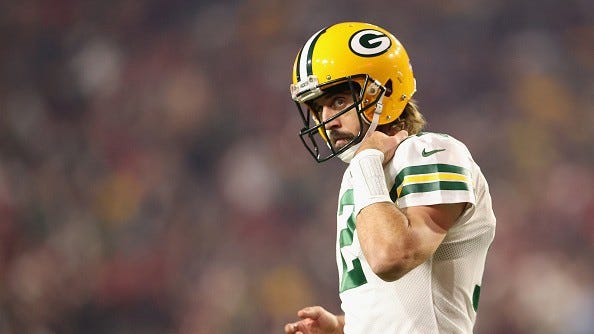 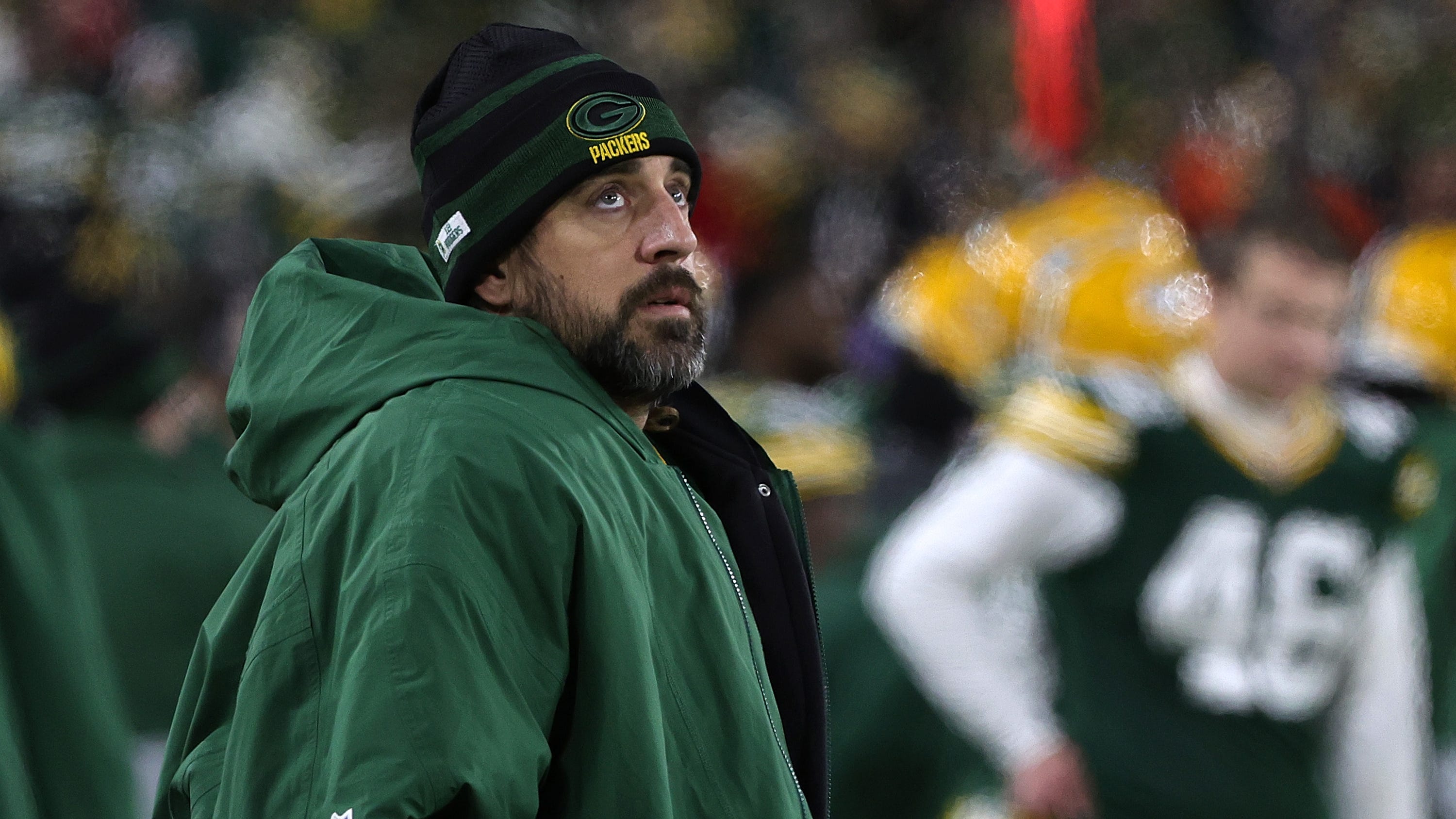