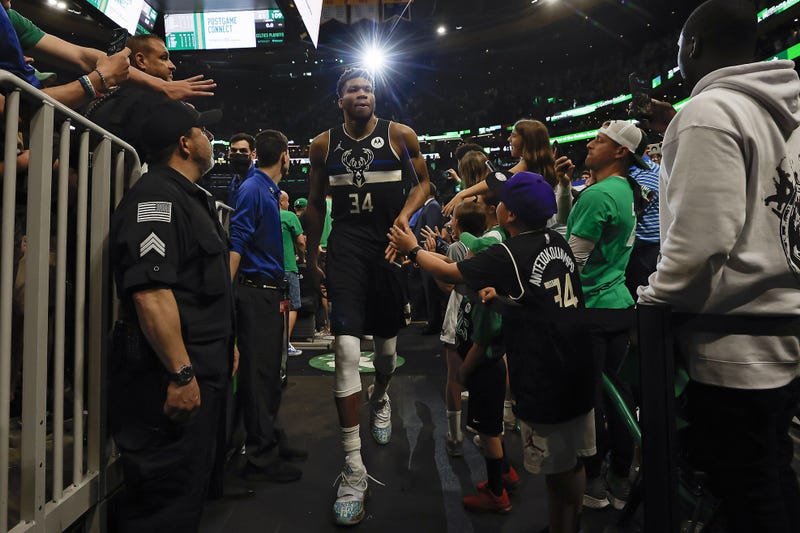 After failing to close out the series in Milwaukee, could the Bucks head back to Boston and win Game 7 in hostile territory?

The answer was no, namely due to a lack of three point shooting and a record-setting number of them on the other side, as the Bucks fell to the Celtics Sunday 109-81 to finish their season.

Early on, the Bucks looked to find a rhythm on offense by using Giannis Antetokounmpo as a playmaker. He got early buckets for Wesley Matthews and Jrue Holiday to get the rest of the team involved. There wasn't much the Celtics could do to stop Giannis in the 1st quarter as he finished the frame with 10 points, 8 rebounds and 6 assists.

But things quickly changed in the second half, as Jayson Tatum heated up for the Celtics and the Bucks' struggles behind the arc really started to show; they finished the half just 3-19 from three and would finish an abysmal 4-33 (12.1%) for the game.

Giannis had another solid game, finishing with 25 points, 20 rebounds and 9 assists. But he never got much help from the rest of the team; Holiday finished the game with 21 points, Brook Lopez had 15, and Bobby Portis had 10.

Milwaukee's strategy of leaving Grant Williams open to shoot from deep ended up costing them. He scored 27 points including 7 three-pointers. He led all scorers on the day, and Boston's shooting was the difference in the game. Their 22 made three was the most in a Game Seven in NBA history.

Sparky, Gary, and LeRoy react to the Bucks' elimination this morning on The Wendy's Big Show: