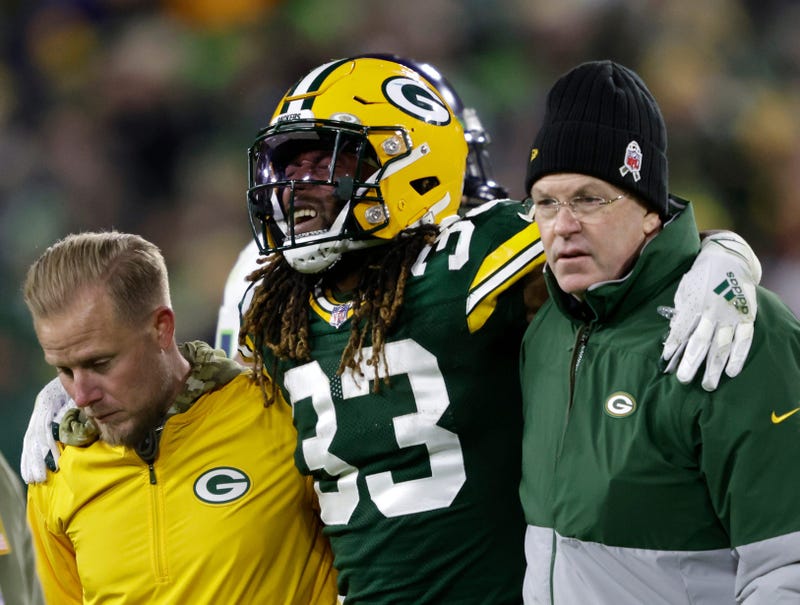 It's no secret that the Green Bay Packers have been one of the most injury prone teams in the NFL this season. David Bakhtiari, Za'Darius Smith, Jaire Alexander, MVS, Josh Myers, and several others have missed several weeks now due to injury.

Somehow, the team is still 8-2 despite not playing with a healthy roster and some of their best players. If Aaron Rodgers had not missed the Kansas City Chiefs game with COVID-19, they could possibly be on a nine game winning streak. With the win over the Seattle Seahawks on Sunday, the Packers take over as the top team in the NFC through 10 Weeks. It's been incredible what they have accomplished given the circumstances.

Despite shutting out the Seahawks on Sunday, the Packers did suffer some losses from the injury bug. Aaron Jones came out of a pile grabbing his knee and was unable to walk off the field under his own power. Then, EDGE rushers Rashan Gary and newcomer Whitney Mercilus went down with arm injuries.

Can the Packers keep overcoming these injuries? LeRoy Butler, Gary Ellerson, and Steve 'Sparky' Fifer give a few updates on the Jones and Gary injuries and discuss if Green Bay can keep this up. Listen In: