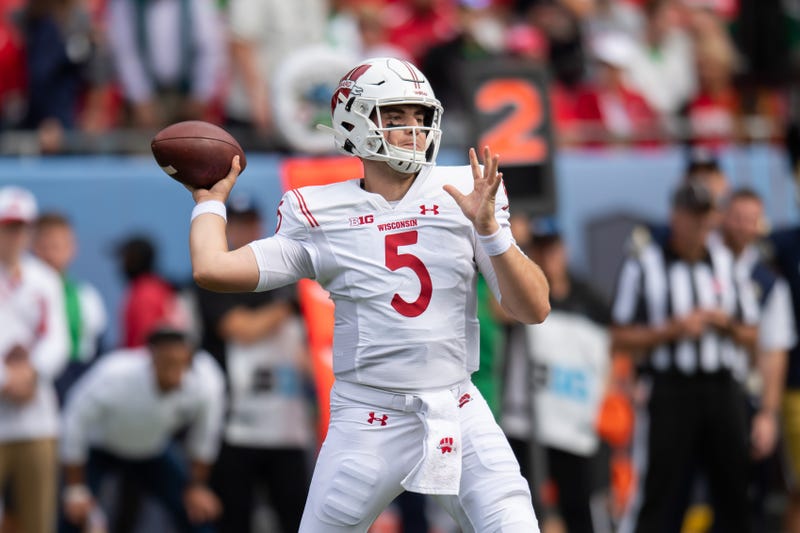 Graham Mertz' start to the 2021 season has been far from ideal. Mertz has turned the ball over more times than they have scored so far this season. However, all hope is not given up yet for the former highly-touted prospect according to Jim Polzin from the Wisconsin State Journal.

Polzin joined the Big Show Radio Network and told the guys that he still believes there is a good quarterback somewhere inside of Mertz, but feels less confident in that every time he has to say it.

Later, Polzin gave his thoughts on the direction of the Wisconsin Badgers football program. He think they are taking a step back in the exact moment in time they should be pushing to be towards the top teams in the country. But, despite that failure to meet expectations, head coach Paul Chryst's job is not in danger.