The Packers, coming off a concerning performance in Minnesota that had many wondering if Aaron Rodgers would be relegated to a game-manager role following the offseason departure of go-to receiver Davante Adams (now of the Raiders), bounced back with an emphatic win Sunday night against the Bears, a team Rodgers has dominated throughout his career (24-5 lifetime record). Though the victory largely belonged to running back Aaron Jones, who starred with 170 yards (132 rushing, 38 receiving) and a pair of Lambeau leaps, Allen Lazard also contributed to the winning cause, capping a 21-point second quarter with a touchdown of his own.

Lazard, who had missed the previous week’s game with an ankle injury, celebrated his five-yard connection with Rodgers by pretending to ladle cups of ayahuasca to his Packers teammates, who played along by falling to the ground, literally floored by the drug’s hallucinogenic properties.

Best celebration of season. Thank you Twitter for pointing out it’s Ayahuasca pic.twitter.com/KPna2bMLoM

Lazard’s choreographed celebration was, of course, alluding to Rodgers’ known use of ayahuasca, crediting the herbal remedy for his career revival, earning MVP honors each of the past two seasons. While that admission elicited eyerolls from many including radio host Colin Cowherd, others have praised Rodgers for going against the grain, advocating for ayahuasca and other psychedelics that, when administered properly, can expand our collective consciousness.

Rodgers, in his later career, has become increasingly vocal, a polarizing force unafraid to share unpopular views and opinions, including his outspoken beliefs against COVID-19 vaccination. It’s easy to dismiss Rodgers as an unhinged kook, a relentless contrarian barreling headfirst toward a particularly acute midlife crisis. But he’s still a maestro with the ball in his hands, displaying rare poise and precision for a 38-year-old far removed from his athletic prime.

Rodgers, it seems, is embracing the challenge of Green Bay’s largely unproven skill corps, navigating an overhauled receiving unit rich on talent but thin on experience. We’ll see what the Packers cook up next week at Tampa Bay in what could be the final meeting between Rodgers and his Bucs counterpart Tom Brady, both living legends on the fast track to Canton, Ohio. 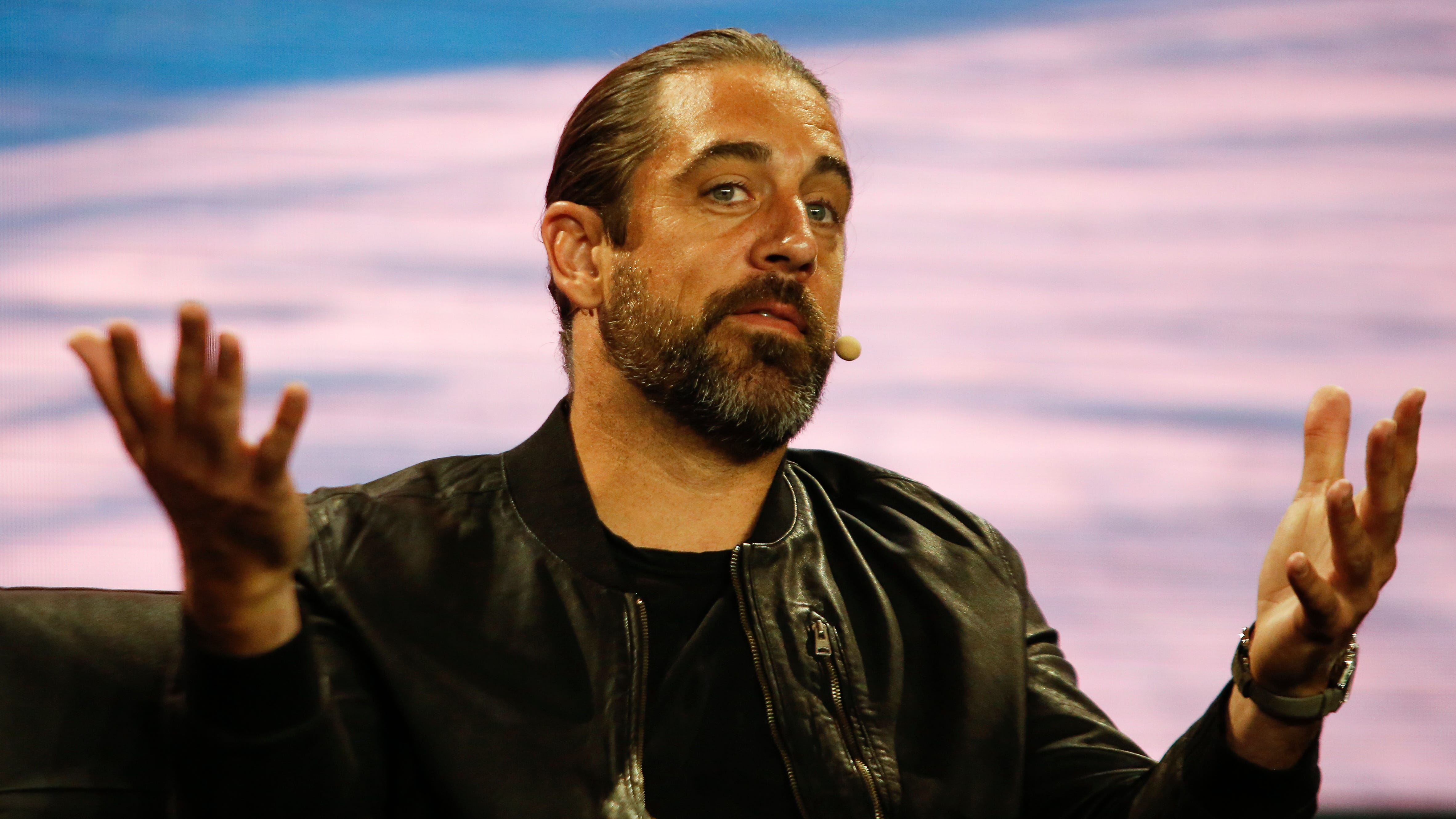