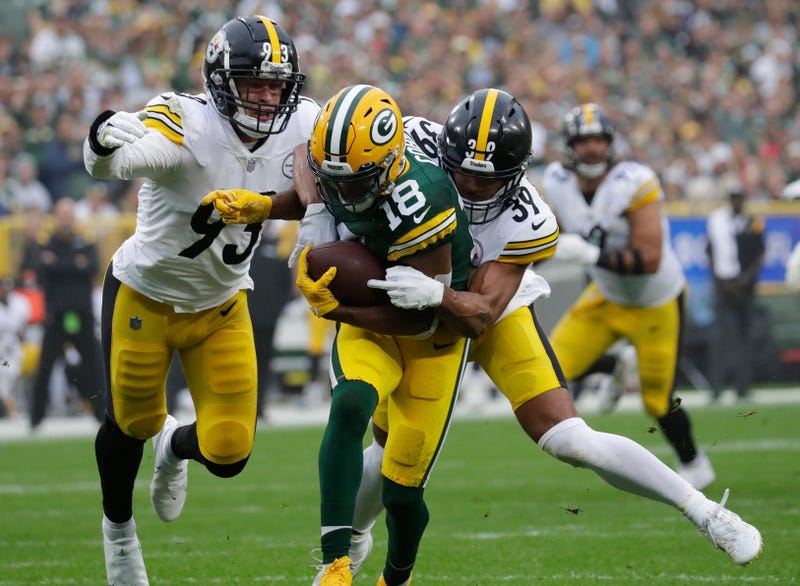 The Green Bay Packers topped the Pittsburgh Steelers, 27-17 in Sunday afternoon's battle. Former Packers Runningback Gary Ellerson and Dan Plocher recap the game as Green Bay moves to 3-1 on the season with the win.

A big reason for the win was the Aaron Rodgers-Randall Cobb connection that converted on several third downs. Cobb also caught both of Rodgers' touchdown passes on the day and he a team-leading 69 yards. Aaron Rodgers made himself a bit of history today too, surpassing Dan Marino for 6th all-time in passing touchdowns with 420 in his career.

On the defensive side of the ball, Joe Barry's defense stepped up. First-round pick Najee Harris was held to just 62 yards and Ben Roethlisberger passed for only 232 yards. But, the injury bug bit yet again. Preston Smith was in and out of the game with an injury and Jaire Alexander left in the second half with an AC Joint issue. Gary believe Alexander could miss a few weeks with the injury.

Listen to the full recap of the game on the Green and Gold Postgame Show: