Tom Brady and Aaron Rodgers have been two of the top quarterbacks in the league for quite some time. However, that time may be running out.

Both Brady and Rodgers have looked shaky at best throughout this season with both the Tampa Bay Buccaneers and Green Bay Packers at 3-4 through seven weeks.

Danny Parkins and Andrew Fillipponi of the Audacy Original Podcast “1st & Pod” talked about the two veteran quarterbacks and debated whether Brady or Rodgers could bounce back in the second half.

“Two first-ballot Hall of Fame all-time quarterbacks of a generation lost as favorites. Brady and the Bucs to Carolina in the survivor pool loser of the week,” Parkins said (10:24 in player above). “The Packers against the Commanders, who have now lost to the Giants, the Jets, and the Commanders in consecutive weeks. Which of those teams – preseason Super Bowl-aspiring, NFC Hall of Fame-led teams, Bucs or Packers, have more hope to be relevant come the end of the season?”

“Green Bay and I don’t even think it’s close,” Fillipponi said. “Just because of who they’ve lost to. The hows of it are pretty similar, how it’s happened. Both quarterbacks have been – not only have they not been productive but just the way they’ve carried themselves and acted in game where they’re wearing their emotions on their sleeve and there’s like this frustration level with these two guys that’s happened not just in an isolated spot, it’s happening over and over again. It’s a pattern.”

The Packers lost to the Vikings in Week 1 and then the Giants, Jets, and Commanders in the last three weeks. The Bucs started off 2-0 but have lost four of five, including to the Steelers and tanking Panthers in the last two weeks.

While Fillipponi is on Green Bay’s side, Parkins took the opposite approach.

“I think you’re wrong,” Parkins replied, explaining that he liked how Rodgers carried himself after the game. Fillipponi thought it was phony, however, as the star quarterback can’t possibly be on the same level as the rest of the team.

The odds also heavily favor the Buccaneers. The Packers have to deal with the Vikings in the NFC North and are +500 underdogs to win that division. Meanwhile, Tampa Bay is still -250 to win the weak NFC South.

“My initial reaction was what you were saying because of the caliber of the teams and it looks like Brady at some point might just tap out and call to the bullpen and completely hang it up,” Parkins said. “But path to the playoffs, man, Tampa easily can win a bad division still. They would have a home game if it ended today.”

It’s going to be interesting to see if Brady or Rodgers can bounce back as we near the midway point of the NFL season. Neither quarterback has shown many promising signs as of yet.

Brady and the Bucs host the Ravens on Thursday night while the Packers head to Buffalo for a Sunday night showdown this week. 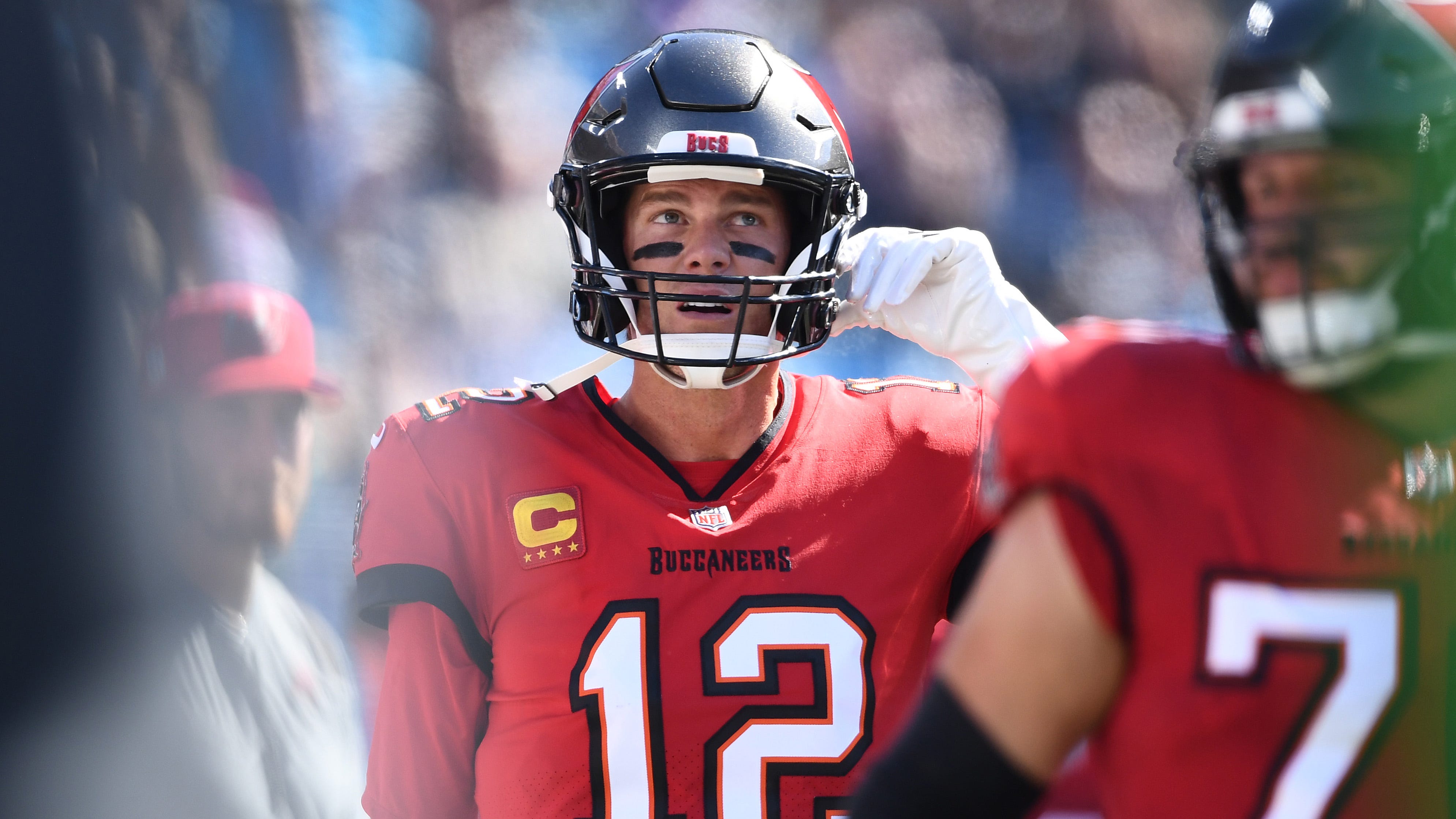