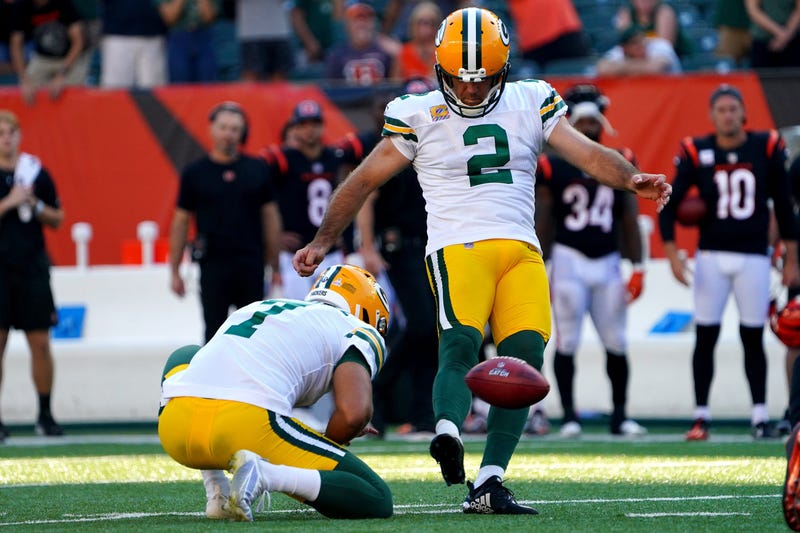 It's been no secret that the Green Bay Packers have had some struggles on special teams this season. Most significantly, in the kicking game. It has gotten to the point where some fans are calling for kicker Mason Crosby's job despite him being in his 15th year with the organization.

﻿Ryan Wood from the Green Bay Press-Gazette joined the Big Show Radio Network on Tuesday and said any thought of the Packers moving on from Crosby would be "moronic".

Still, Crosby has had a consistent history of showing up in the big moments and plenty of guys in the locker room still believe in him. On top of that, he's dealing with a new holder and two different long-snappers in 2021 that have had their fair share of issues as well.