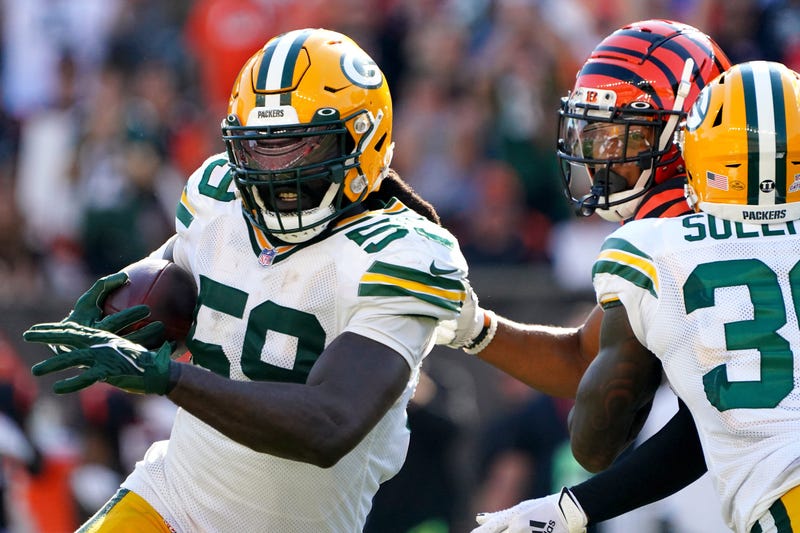 Don't look now, but the Green Bay Packers defense has quietly ascended to a Top-10 unit in the NFL. Under new defensive coordinator Joe Barry, the team has gotten better every single week forcing turnovers. Playing a bend-don't-break defense has been beneficial to the team that is playing without some of their top players.

Ryan Wood from the Green Bay Press-Gazette joined the show on Tuesday to dissect the Packers' win over the Bengals and the absurdity of the game. However, he points out the success of De'Vondre Campbell and Kenny Clark and how it has helped the Packers' defense dominate the interior.

Hear our Green and Gold Insider's conversation with Gary Ellerson and Steve 'Sparky' Fifer on the Big Show Radio Network: