When Dave Grohl was moving back to Virginia from Los Angeles in 1998, he and Foo Fighters bandmate Taylor Hawkins embarked on what Grohl called a Dumb and Dumber road trip. It got off to a rough start, Grohl told Australian radio show Triple M, when the two stopped at a gas station in Barstow, CA.

“We get gas and we make it to Phoenix that night. We go to check into the hotel and I had left my wallet on top of this gas tank in Barstow,” Grohl explained. “I don’t have credit cards or my ID or anything like that.”

The loss became an even bigger headache when the guys made a stop at Pantera’s strip club in Texas. The bouncer wouldn’t let Grohl in because he didn’t have ID.

Fast-forward about a decade to a surf shop in Oxnard California.

“The girl at the counter – she says ‘are you Dave Grohl?’ I said yeah, and she said ‘did you lose your wallet in Barstow in 1998?’ And I said yeah! She goes ‘that was my parents’ gas station.’ I’m like you’re kidding me! She goes ‘no, they still have your wallet.’ And I gave her my address and she sent me the wallet with f*****g everything in it from 1998.” 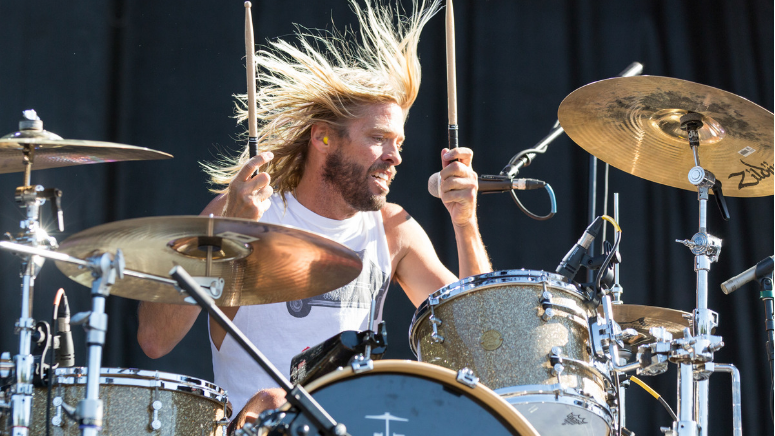 Grohl will have a chance to create more memories from the road when Foo Fighters begins its mostly festival tour in May. The guys have been taking it easy while Grohl recovers from surgery on his arm.