Wherever Jake Owen is sending greetings from seems like an amazing place to be. The singer-songwriter’s sixth studio album is built on poetic lyrics that roll off his tongue like he’s done this before, but this time he’s having even more fun.

Greetings From…Jake is a journey into the prerequisite small town for fishing and beer and tequila drinking at a party you want to be at. Owen is convincing enough that grabbing a significant other to live vicariously through the music at a park on a warm spring day seems not only necessary, but should happen immediately. 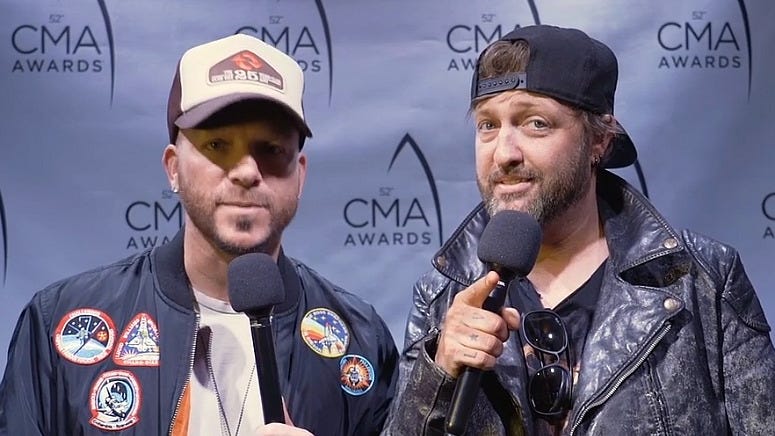 EXCLUSIVE: When In Nashville, Here Are The Honky Tonks Where You’ll Find LOCASH, Jake Owen, And Country’s Biggest Stars

ACM single of the year nominee “Down to the Honkeytonk” kicks things off with a nod to Garth Brooks. The tropical “Drink All Day,” featuring the amusing lyric “You can’t drink all day if you don’t start in the morning,” and “Senorita” featuring Lele Pons pay off the palm tree tease on the album cover that also winks at Bruce Springsteen’s Greetings from Asbury Park, N.J.

“Grass is Always Greener” gets some help from Kid Rock. The clever “I Was Jack (You Were Diane)” samples the classic John Mellencamp tune. And the pulsating and seductive “That’s on Me” is meant for the weekdays in between parties with the same significant other:

“So don't you worry 'bout the whiskey, that's on Jack / If you need a little throwback, that's on Cash / We could turn the TV on fuzz / We could throw our clothes on that rug.”

Jake Owen has all the bases covered on Greetings From…Jake – an early candidate for soundtrack of the summer of ’19.