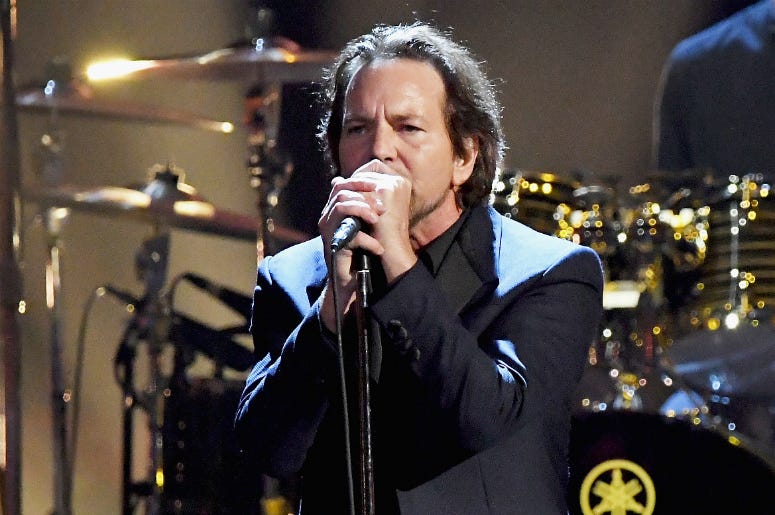 It’s one of Pearl Jam’s most dramatic songs, especially when you include the video. The teen suicide lament, “Jeremy,” was based on the death of Jeremy Delle. Now for the first time, we’re hearing from his mother.

"I was in my office at work," Wanda Delle told WFAA about January 8, 1991. "I didn't believe it. I was in shock. Not my son. I was going to pick him up that afternoon at school."

Jeremy Delle was 15 when he killed himself in front of a room full of students at Richardson High School in North Texas.

Wanda Delle says she was angry at Pearl Jam for writing and recording the song. But frontman Eddie Vedder has said he had good intentions. He told Seattle Sound Magazine in 2009 that the story of Delle’s death didn’t take up much space in the newspaper in which he read about the tragedy, and he felt like he needed to give Delle’s death more importance.

“Sixty-three degrees and cloudy in a suburban neighborhood,” Vedder has said about writing the song. “That’s the beginning of the video and that’s the same thing is that in the end, it does nothing … nothing changes. The world goes on and you’re gone.”

“Jeremy” also drew from another real-life story. Vedder told KOLA in 2006 that someone he knew from junior high school did something similar to Jeremy Delle but survived.