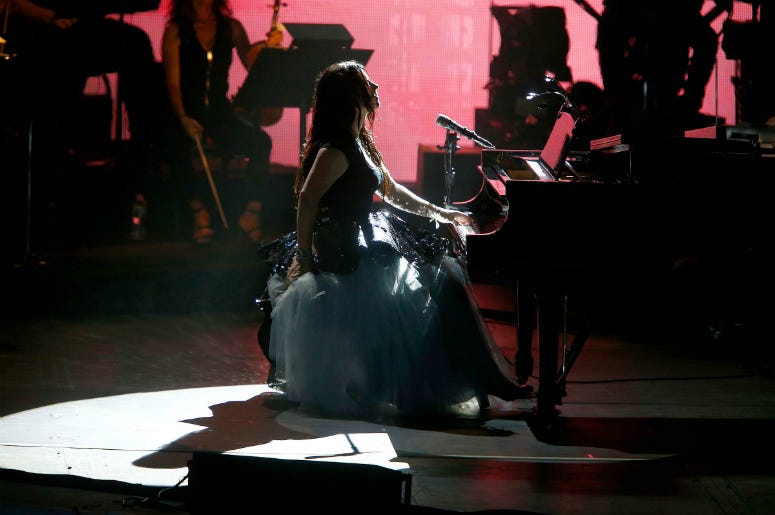 In 2017, Evanescence released Synthesis, featuring reworked versions of the band’s previous material with an orchestra and some electronica. Now fans who didn’t catch the critically-acclaimed live show can see what all the fuss was about.

Synthesis Live will be released on October 12th as a CD/DVD set, but you don’t have to wait that long to get a taste of it. A clip of the song “My Immortal” has been posted to Evanescence YouTube.

5. My Heart is Broken