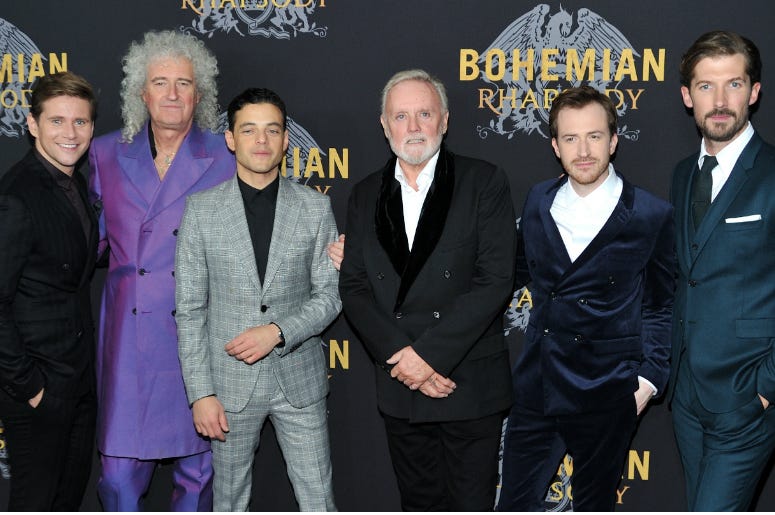 Despite some lukewarm reviews, Bohemian Rhapsody rocked the box office with $50 million in weekend ticket sales in the U.S. and Canada. The Freddie Mercury biopic starring Rami Malek beat expectations and a Disney movie to take the top spot in theaters.

Bohemian Rhapsody made another $72.5 million internationally. The movie includes a lengthy re-creation of Queen’s 1985 Live Aid performance. The cast recently revealed that it filmed a full run-through of the set, and it's expected to be released soon as a standalone feature.

“It really is a celebration of Queen and their music, and I think we did a really good job of letting people know that that’s what this is,” said Chris Aronson, distribution chief for Fox.

Disney’s The Nutcracker and the Four Realms opened with just $20 million in ticket sales despite a budget of $125 million. Rounding out the top three at the weekend box office was Nobody’s Fool with $14 million.