By Dallas and Bob Diehl, RADIO.COM

The first trailer has been released for an upcoming retrospective on one of the most influential hip hop (and rock) acts of all time.

“Beastie Boys Story” is being directed by Spike Jonze and will premiere on Apple TV+ sometime in a few months. The trailer begins by showing Mike D, Ad Rock and MCA chillin’ on a couch while rapping the intro to “Paul Revere” from their groundbreaking 1986 album Licensed to Ill. 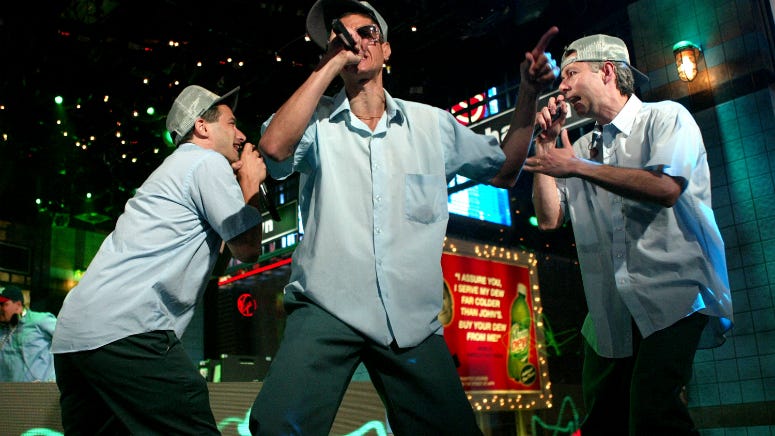 “The story of our band, 40 years of friendship (+ a few goofs here and there) in a live documentary experience directed by our friend, collaborator and former I.T guy, Spike Jonze,” wrote the Beastie Boys on Instagram.

The doc was filmed by Jonze primarily during a run of Beastie Boys shows at King’s Theater in Brooklyn last year. The film is billed as "an intimate, personal story of their band and 40 years of friendship."

This is far from the first collaboration between the guys and Spike Jonze. Over the span of their career, the Academy Award nominated filmmaker has directed six Beastie Boys videos, including "Sure Shot" and "Sabatoge", and together they will be releasing a photo book titled "Beastie Boys" on March 17th.