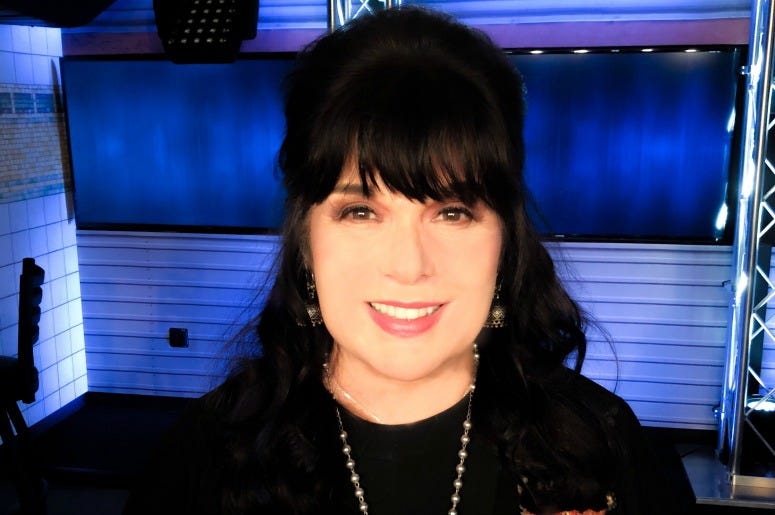 While we may have lost a lot of music legends over the last few years, Ann Wilson from the iconic rock band Heart is making sure their spirit lives on forever.

On her new album Immortal, Wilson features ten tracks honoring some of the great artists who are no longer with us. Not only does Wilson pay homage to her favorite singers and songs, but presents them in a way that only one of rock’s most powerful vocalists can.

When crafting a collective of songs by music icons, we can imagine track selection is not easy. While all of the artists on the album have a special place in Wilson’s heart (no pun intended), she did want to make sure each song would sound authentic coming from her. “I didn’t just want to do the hits and redo the hits, I wanted to really go down and look at their work, especially with an ear towards lyrics and message" explains Ann. "I tried to choose songs that I thought were relevant to the current day.”

And that she certainly did.  From Lesley Gore’s feminist anthem "You Don’t Own Me" to "I'm Afraid of Americans", David Bowie’s outsider's look at America – these are topics that are still sadly applicable today. We asked Wilson to tell us about three of her favorites on the album and this is what she said.

First up is Chris Cornell, whose passing was the inspiration for the full album. Wilson’s song selection was Audioslave’s “I Am The Highway.”

Next up is Lesley Gore’s "You Don’t Own Me." This song may have initially been a feminist anthem, however Wilson sees the meaning of this song to have grown to be more universal today.

And lastly, David Bowie’s "I’m Afraid of Americans" – which acts as a reality check for America from an outside perspective.

You can see the full Immortal track listing below:

“I Am the Highway” (Chris Cornell, Audioslave)

“Life in the Fast Lane” (The Eagles, Glenn Frey)

“Back to Black” (Amy Winehouse)