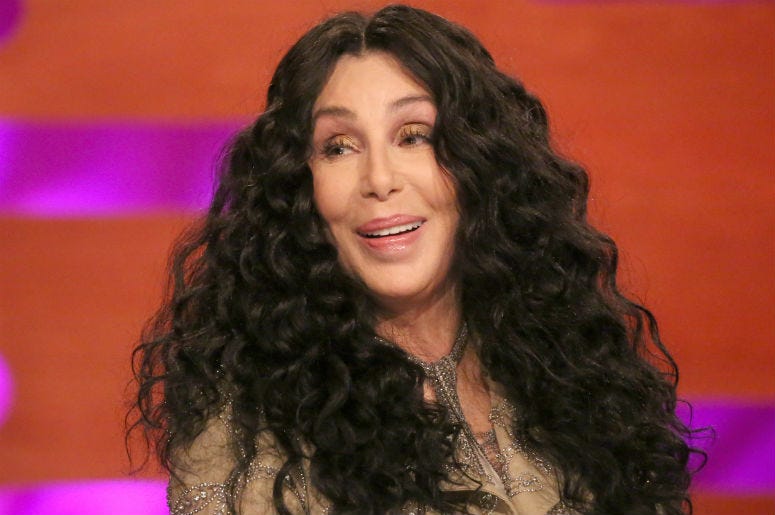 When you have been one of the biggest pop culture icons for several decades, you usually don't have to think about playing an intense game that's like Truth or Dare.

However, Cher was an incredibly good sport when she recently appeared on CBS' Late Late Show With James Corden.

Yes, the 72-year-old superstar played a hillarious game of "Spill Your Guts or Fill Your Guts" while the show was filming in London last week.

Basically, she was forced to eat disgusting foods if she couldn't answer an embarrassing series of questions. So Corden asked some of the hard hitting questions like when he tried to find out who the "Believe" singer thinks were her best lovers.
​

James got in on the fun too as Cher asked him to reveal who the most drunk guest was at the Royal Wedding. Watch above to see if he answered that question.

Cher will appear in the upcoming Mama Mia sequel. The music legend will be playing the role of Ruby Sheridan (Donna's mother). The role of Donna is portrayed by Cher's pal, Meryl Streep. Mama Mia 2: Here We Go Again opens in theaters on July 20.