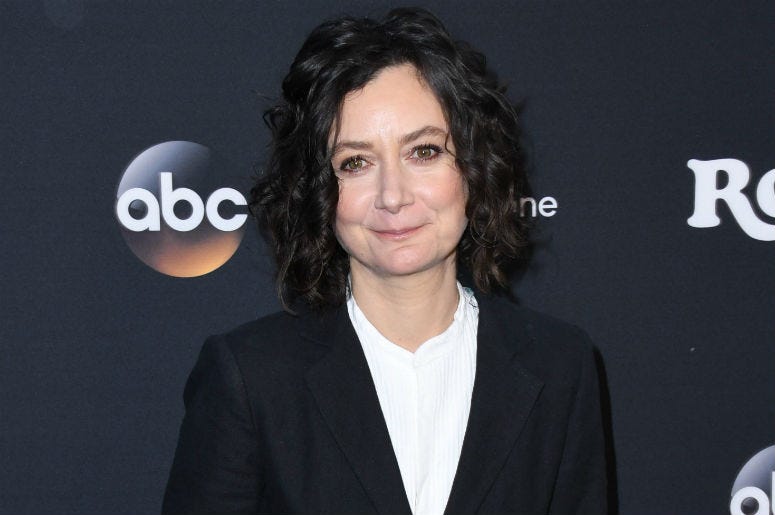 "I'm so excited. Thank you so much." @THEsaragilbert on #TheConners getting the official green light pic.twitter.com/TgE7J1c0y8

ABC announced on Thursday that they had greenlit the new series for 10 episodes, which will premiere in the fall. Sara will be joined by co-stars John Goodman, Laurie Metcalf, Lecy Goranson and Michael Fishman on the new show.

An exact premiere date has not been announced just yet, but we do know a little more about the premise of the series.

"After a sudden turn of events, the Conners are forced to face the daily struggles of life in Lanford in a way they never have before," ABC revealed in a synopsis about the program. "This iconic family (Dan, Jackie, Darlene, Becky and D.J.) grapples with parenthood, dating, an unexpected pregnancy, financial pressures, aging and in-laws in working-class America."

Roseanne Barr will have no financial or creative involvement in the new series. However, it's not clear how the absence of Roseanne's character will be addressed in the new sitcom.