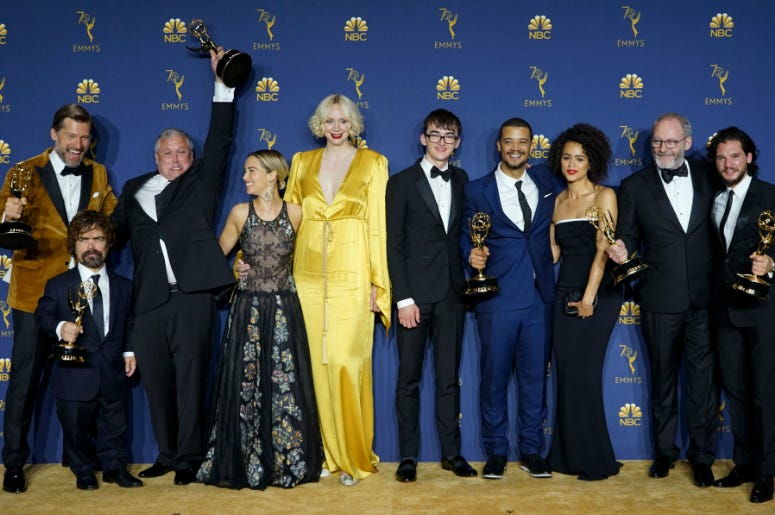 With shooting completed and the final season of Game of Thrones approaching about as quickly as a horde of White Walkers, many of us are still trying to unravel the mysteries of Westeros before the show's final season starts airing next year.

Of course, one of the biggest mysteries is why so many cast members, including many of whom who were brutally killed in previous seasons, have been spotted in Belfast, Northern Ireland around the same time that the series was wrapping production. Well, we have three possible scenarios for you.

This scenario is supported by Ned Stark himself. Sean Bean, who, of course, played the patriarch of House Stark in the first season before being violently separated from his head, told The Hollywood Reporter that he has recently spent some time with his GoT family: "Last time, was about four weeks ago in Belfast. Conan O’Brien did this thing. It was the last episode, so we all got together. It was good!" This would also explain why cast members and Conan were spotted at the show's wrap party.

Jason Momoa is in Belfast with the #GameofThrones showrunners and he has “secrets” 👀 pic.twitter.com/wGsCYTihL3

What do you think? Which scenario best explains all the cast sightings in around the final season's filming? Take our poll and let us know:

Meanwhile, several outlets are reporting a full-on reunion to air in tandem with the final episode of the iconic HBO series. Unfortunately, few details beyond Conan sightings and Sean Bean's interview are known. Looks like we'll just have to wait out the winter.