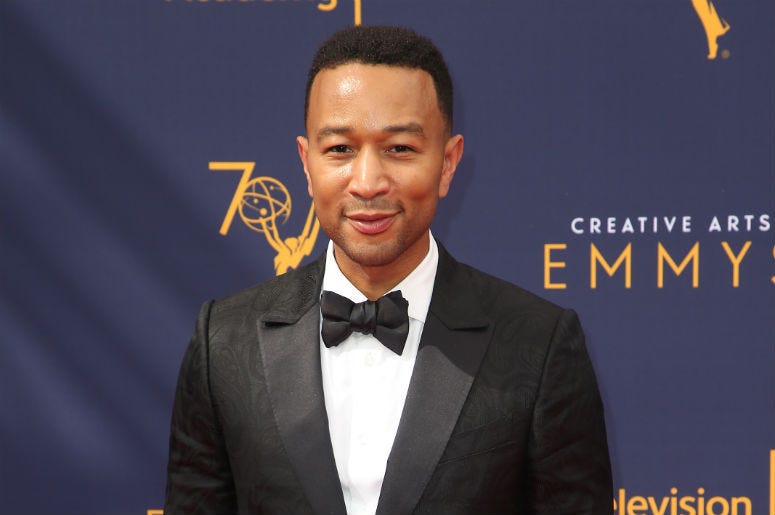 It has been confirmed that John Legend is set to join The Voice for season 16. When the multi-talented star takes his seat next spring he will compete against fellow coaches Kelly Clarkson, Adam Levine, and Blake Shelton.

"I'm thrilled to join the coaches of @nbcthevoice. I've been a guest and mentor on the show multiple times and I'm so excited to discover talented singers and help them mae the most of their gift. I hope the world is ready for #TeamJL, Legend shared to Instagram.

Legend appeared on the NBC singing competition in 2017 as an advisor for Team Adam. He will replace the show's newest coach, Jennifer Hudson, who will take part on the upcoming season premiering September 24.

The "All Of Me" singer recently became the first-ever black man to claim EGOT status after winning an Emmy for Best Variety Special. At the age of 39, John Legend now also has 10 Grammy awards, an Oscar, and a Tony award to his name.

Congratulations! Will you be voting for #TeamJL?

#TheVoice just EGOT legendary. 🏆 RETWEET to welcome @johnlegend as your newest Coach with @kelly_clarkson @adamlevine and @blakeshelton this Spring. pic.twitter.com/wNLlQnO8T5