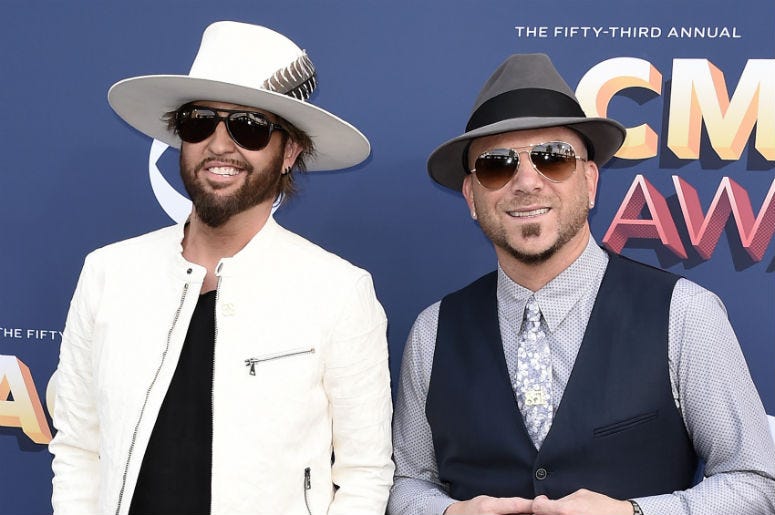 LOCASH is back with the release of a brand new single and it "Feels Like A Party." This is the country act's first release since signing with Wheelhouse Records earlier this week.

The feel-good track was co-written by LOCASH's own Preston Brust and Chris Lucas along with Corey Crowder and Florida Georgia Line's Tyler Hubbard. It follows the duo's previous smash hits including "I Love This Life" and "I Know Somebody."

“Landing a new record deal and putting out a new single in the same week is a crazy feeling,” said Brust. “The response thus far has been incredible, especially from our friends at Country radio and to have people that you respect embrace you is the ultimate blessing.”

LOCASH is currently out on the road as a supporting act on Billy Currington's 2018 tour.

Watch the lyric video for LOCASH's "Feels Like A Party" below.