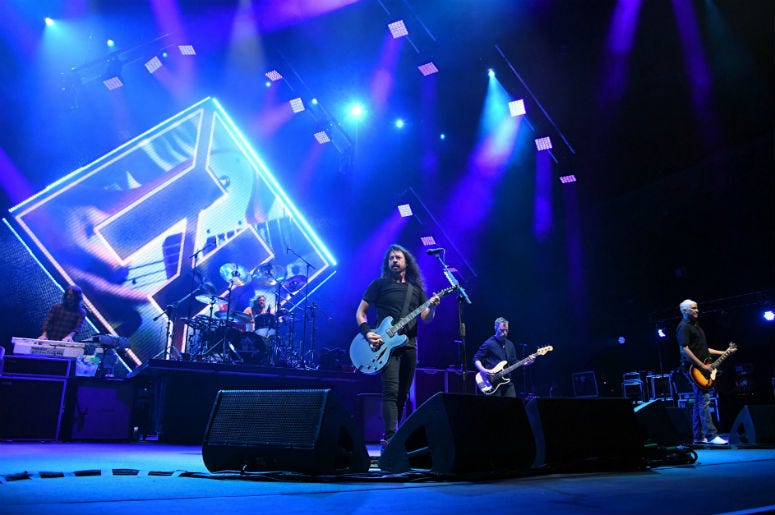 On June 21, while Foo Fighters were in town for last weekend’s stadium shows in London, they attended the Kerrang! Awards ceremony at the Islington Assembly Hall. There, they received the award for not only Best International Band but also Best International Live Act.

After Alice Cooper presented the Foos with the Best International Band award, Dave Grohl gave his acceptance speech, which wrapped with a dedication to Chester Bennington. When dedicating the award to the late Linkin Park frontman, Grohl says, “I know what it’s like to lose somebody like that,” a reference to his late Nirvana bandmate, Kurt Cobain. See the moving speech below.

Chester Bennington was lost to suicide on July 20, 2017. If you or anyone you know is struggling with depression and/or thoughts of suicide, know that someone is always there. Additionally, the National Suicide Prevention Lifeline is available 24 hours a day, 7 days a week at 1-800-273-8255.