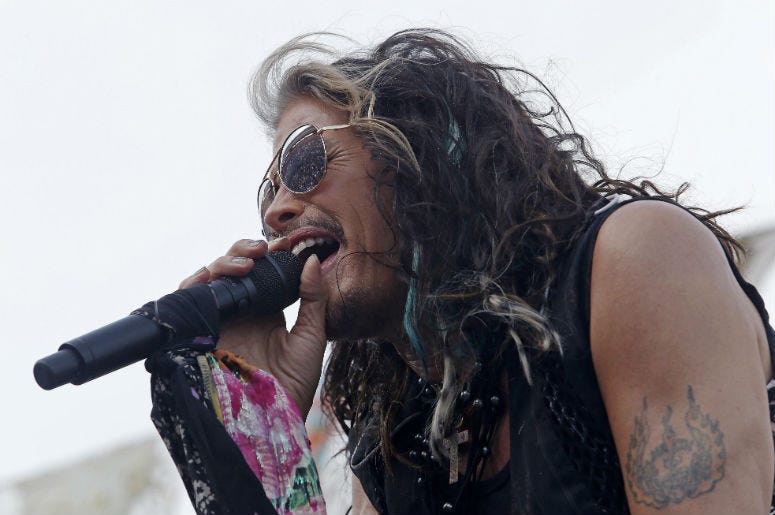 Last week, Steven Tyler played “Spill Your Guts or Fill Your Guts” on The Late Late Show with James Corden, proving when it comes to Truth or Dare, he’s more likely to choose dare ... because Steven Tyler is a bad@$$.

As the name of the game implies, Tyler was forced to share his secrets or eat some pretty grotesque foods, like lamb tongue, dried caterpillars, a sardine smoothie, and the like. (A shot of hot sauce though? Is that actually punishment?)

Prepared with his own utensils and seasonings, Tyler reveals an estimate of how much he’s spent on drugs in his lifetime and which of his daughter Liv Tyler’s movie star friends he's hit on.

You learn something new every day.

Steven Tyler will spend the summer touring with the Loving Mary Band. You can find more information here.