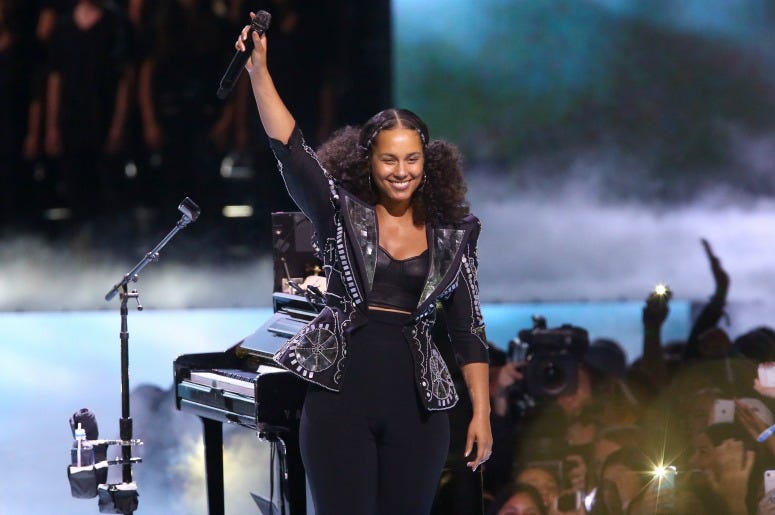 After taking part in the weekend's GRAMMY tribute to Aretha Franklin, singer Alicia Keys has been announced as the host of the 61st Annual GRAMMY Awards.

Keys made her GRAMMY debut in 2002, winning Best New Artist and Song Of The Year, as well as performing on the show for the first time. Since then she has gone on to win a total of 15 awards, and has racked up 29 nominations.

"I know what it feels like to be on that stage, and I’m going to bring that vibe and energy," explains Keys in a statement. "I'm so excited to be the master of ceremonies on the biggest night in music and celebrate the creativity, power, and magic. I'm especially excited for all the incredible women nominated this year! It's going "UP" on February 10!"

Late Late Show host James Corden has hosted the GRAMMYs for the past two years, with LL Cool J serving as the host for the five years before that. It has been 14 years since the awards were last hosted by a woman, as Queen Latifah presided over the 47th Annual GRAMMY Awards in 2005.

Keys has been a force in the world of music for nearly two decades selling over 30 million records, becoming an unrivaled activist, and a best-selling author and producer. This will be her first time hosting the awards.

It promises to be a party at the 61st Annual GRAMMY Awards, with expanded categories and new nominees there's no telling what happens next. The 2019 GRAMMY Awards will broadcast live on CBS from the Staples Center in Los Angeles on Sunday, February 10th at 8pm.