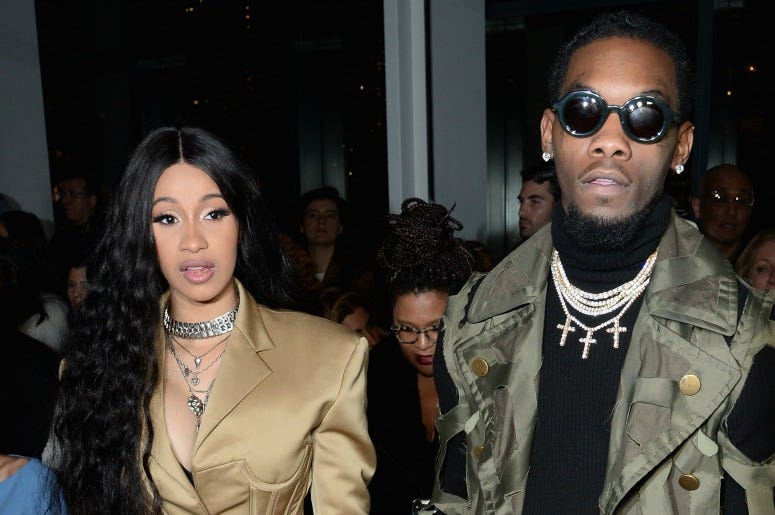 While crashing a concert didn't work, a few extra presents under the tree might have.

According to Page Six, Offset took the high-end road to win Cardi B back, reaching out to a Birkin bag dealer to score some rare gifts for the "Money" singer. According to a source, the Migos rapper picked out three bags totaling 106-thousand-dollars. That, along with a few Chanel bags, "several pairs of Christian Louboutin shoes," and some jewelry, might have been enough to respark the flame for the couple.

The paper reports the two caught a flight together to Hawaii shortly after, with Cardi B schedule for a show in Honolulu Thursday night.

Meanwhile, Offset was set to release his solo album earlier this month. Although it has been delayed, he has taken to Instagram to assure fans that it is coming soon.

i'm listening
Remembering Chester Bennington: A Look Back at the Legacy and Lessons
i'm listening
I'm Listening: Even Lizzo Can Get Stuck Inside Sadness
music
FANDEMIC: The Pretty Reckless' Taylor Momsen Says New Album 'Feels Like A Rebirth'
music
Andrea Bocelli Confirms Coronavirus Diagnosis, Donating Plasma
music
Watch RADIO.COM LIVE With Katy Perry
music
FANDEMIC: Chase Rice Is Ready to Get Back in Front of Fans as Soon as Possible