A public service celebrating Nipsey Hussle will take place inside the Staples Center in Los Angeles on Thursday April 11th. The ticketed service dubbed a "Celebration Of Life" will begin at 1 PM ET and span two hours before a procession through the streets of Los Angeles. Tickets were made available to California residents only, earlier this week.

BET has announced that they will carry a commercial-free stream of the service throught the BET News Facebook page. You can find the live stream below or watch it here when it begins at 1 PM ET.

Today we celebrate the life of Nipsey Hussle, BET continues to remember his work, music and legacy within the community. Rest in Power, King #TheMarathonContinues #HussleForever #BETRemembersNipsey

“We are deeply saddened by the passing of Nipsey Hussle. Nipsey is part of the BET family and first appeared on the Network in 2009 in a Hip Hop Awards cypher, we share this loss with his millions of fans around the world" explained Connie Orlando from the network in a statement. "From his insurmountable talent to his commitment to reaching back to underserved communities Nipsey’s kind spirit will be sorely missed." 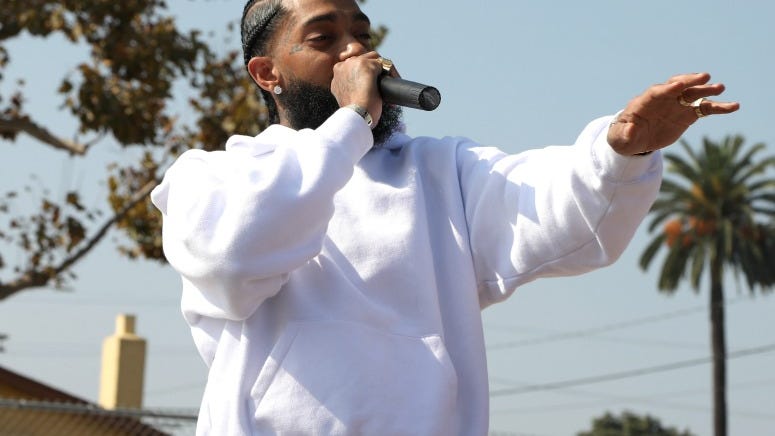 33-year-old rapper Nipsey Hussle was fatally shot in Los Angeles on March 31st. The incident happened in front of the clothing store he owned, The Marathon Clothing. Hussle was recently nominated for a GRAMMY Award for his debut album, Victory Lap.