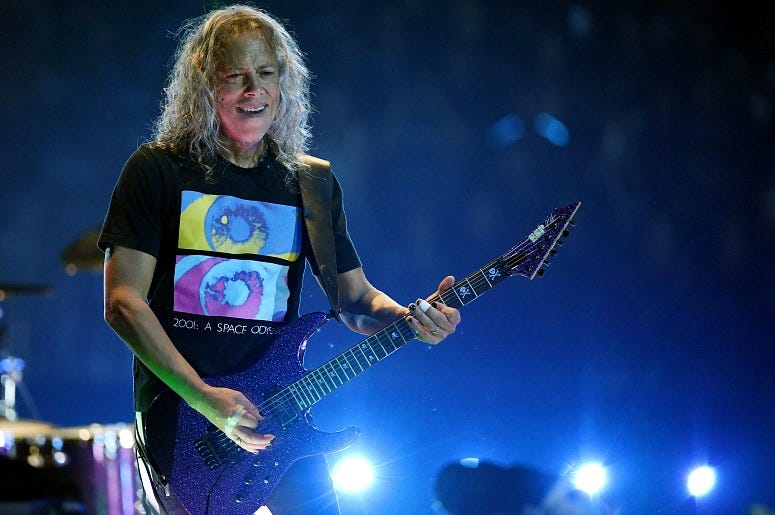 The never-ending WorldWired Tour from Metallica stopped in Milan, Italy on Wednesday night, where the weather conditions made for some tough shredding for guitarist Kirk Hammett.

During a solo midway through the set, Hammett slipped on his own wah pedal and fell to the stage. He tweeted out the moment after the show, adding, "it rained so much I felt like I was playing guitar in the shower." 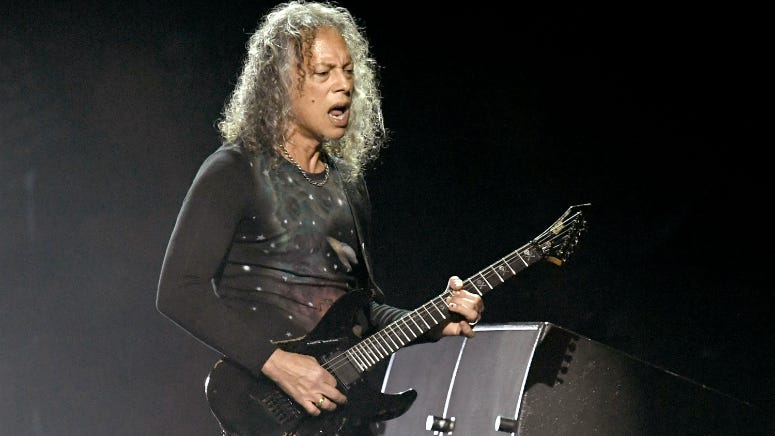 Ummm- I slipped on my wet wah pedal.
It rained so much I felt like I was playing guitar in the shower. #MetInMilan @Metallica pic.twitter.com/BbOamgkKhF

The WorldWired Tour started in October of 2016, before the release of  the band's 10th studio album Hardwired... to Self-Destruct. Metallica will continue the tour through Europe into August, and will return to the US for celebrate the 20th anniversary of their S&M album with the San Francisco Symphony in September. They will play two shows honoring the album on September 6th and 8th at the Chase Center in San Francisco.

Recently, Hammett explained in an interview that he has plenty of material ready for a new Metallica album. “None of us are very comfortable with the fact that it’s been so long, because that is a long time. We’re hoping to avoid that this time around” he explained to Mixdown. “I have a ton of material. I’ve over-compensated, so I’m ready to go anytime.”

Metallica will also continue fighting hunger with their All Within My Hands foundation. The band is holding their second annual day of service, happening on Wednesday, May 22nd.