She came to talk fashion, but the New York Times managed to get Rihanna to spill some details about her upcoming album.

To celebrate the announcement of the ANTI singer's new groundbreaking fashion label with LVMH, the New York Times teamed her with actor and playwright Jeremy O. Harris for a revealing new interview. In it she opens up about her clothing line, her inspiration, and the status of her upcoming ninth studio album. 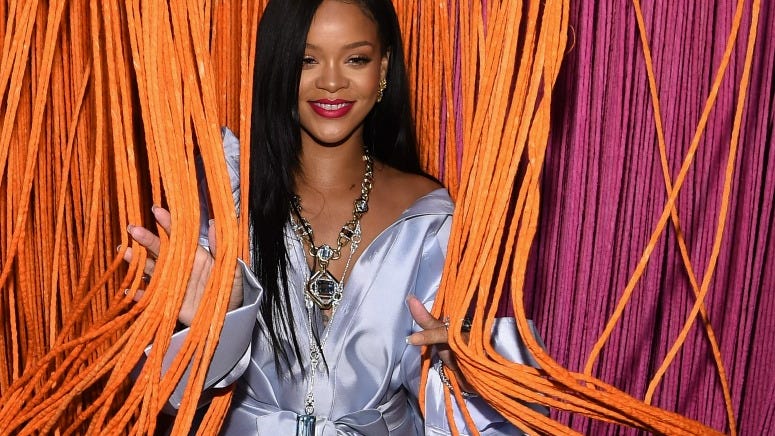 It's Been 13 Years Since Rihanna First Hit Number One, and She Hasn't Stopped Since

Rihanna confirms that she is working on a reggae album, but she still doesn't know the title. However, the #Navy has given her some unshakeable ideas.

"So far it’s just been R9, thanks to the Navy" she tells Harris and the New York Times. "I’m about to call it that probably, ’cause they have haunted me with this 'R9, R9, when is R9 coming out?' How will I accept another name after that’s been burned into my skull?"

RiRi also clears the air on some speculation about collaborations. After some internet activity between A Star Is Born star and icon Lady Gaga, fans thought maybe something was brewing between the pair. Rihanna shoots it down by saying, "It’s not in the books right now, but I’m not against it." Similarly, it seems the Drake magic from "Work" might be on the shelf for a little while longer. 'Not anytime soon, I don’t see it happening" Rihanna explains. "Not on this album, that’s for sure."

You can read more from Rihanna and the New York Times here.