Avengers: Endgame is offically here, and with it comes a few classic songs woven into the last chapter of the Infinity Saga.

Over the course of three hours, the story of the stones and life after Infinity War unfolds, helped along by some classic hits that fit perfectly into the fabric of the film. There are no spoilers here, just a few of the songs that help make Avengers: Endgame amazing. 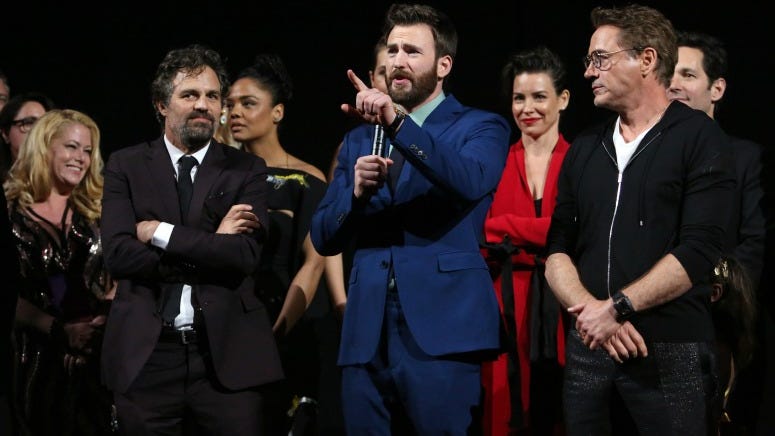 From the group's debut album in 1967, the definitive Traffic song from Steve Winwood and company.

Ray Davies wrote this 1972 single for the band, and it appeared on their album Everybody's in Show-Biz. The island influenced getaway jam isn't their biggest by far, but it's still has the stamp of being classic Kinks.

Redbone - "Come and Get Your Love"

This top five single from 1974 got yet another life from 2014's Guardians of the Galaxy, and the Redbone classic is back in Endgame.

Credit to the Russo Brothers for digging deeper into Steppenwolf's catalog for this 1970 song. It first appeared on Steppenwolf Live, and peaked at number 35.

The Rolling Stones - "Doom And Gloom"

A newer song from a classic combination, "Doom And Gloom" appears on The Rolling Stones 50th anniversary collection GRRR! from 2012. A muscular, straight-ahead rocker with plenty of Jagger attitude.

Avengers: Endgame is already off to a stellar start, taking in over $60 million domestically on opening night alone. Plus it has scored over $305 million internationally, with estimates through the roof for its first weekend. The film is the 22nd film from the Marvel Cinematic Universe.