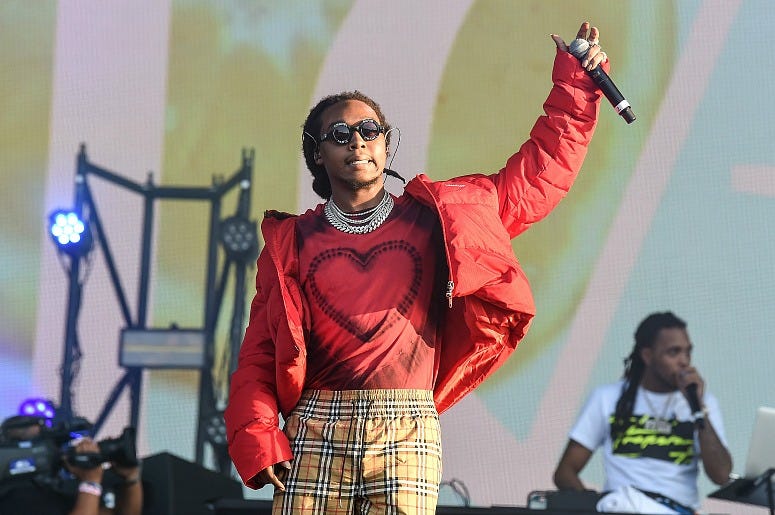 Shining amongst the stars, Takeoff took the stage at The Tonight Show on Tuesday for a performance of "Last Memory." The single comes from the Migos star's solo debut The Last Rocket, released earlier this month.

Surrounded by screens with the cosmos speeding by, the MC stands in the middle dressed in all white and dripping in diamonds.

The Last Rocket is the second solo album this year from the Migos crew, coming after Quavo's QUAVO HUNCHO release in October. A third project from Offset is rumored to be released next month. Through it all, the members have insisted that these solo outings will not affect the future for Migos. Their Culture III album is due in early 2019.