BTS wrapped the US leg of their Love Yourself: Speak Yourself World Tour this weekend, but they made one more stop Tuesday night before crossing the border to play Brazil.

The group had another electrifying performance of "Boy With Luv" set aside for the finale of The Voice. With neon blazing in the background the boys offered up an effortless and flawless display of dance, continuing their string of massive US television performances. After six sold out shows across the country, a packed free concert in Central Park, and a slot on The Late Show where they were compared to The Beatles, it seems like a pretty success couple of weeks for BTS. 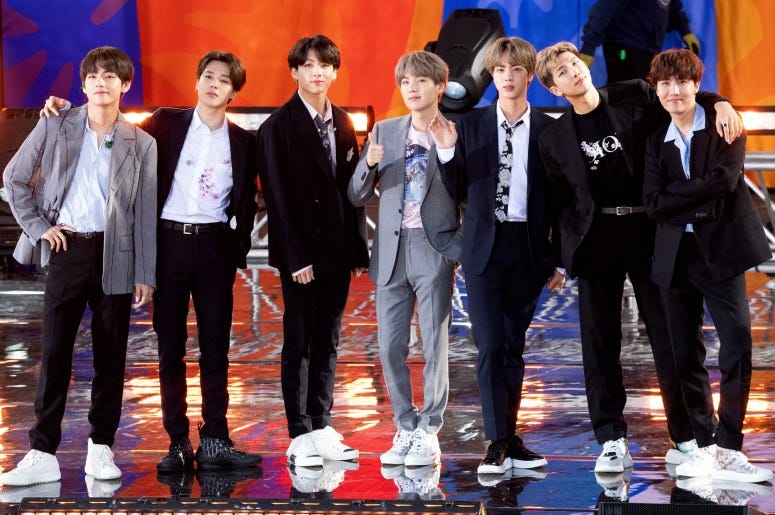 The US tour is now over. 🥺🥺🤧
Shout out to our fans for doing it together! Thank you! Also, we promise to be back!
I am your hope, You are my hope.
I love you all!🤩💕🔥💜 pic.twitter.com/nLUcqJMg2Z

Also performing on The Voice finale was BTS-collaborator and Queen Halsey with a fiery performance of her new single "Nightmare." The "Without Me" star is setting off her next chapter in style, helping out fans and making a statement with her lead single.

On a night packed with performances, the other major standout was the bold butterfly action of Taylor Swift and Panic! At The Disco singer Brendon Urie. Together they brought the color of "ME!" to the stage, in front of a giant set of wings. Strutting and spelling their way through the hit, the pair lit up the finale in a bright burst.

Spoiler warning ahead for those who have not yet watched the show but want to.

For the Season 16 finale, 4 contestants entered but only one could be named the winner of The Voice. This time around the honor went to Maelyn Jarmon from John Legend's team. The Texas singer gave Legend a win in his first season on The Voice.