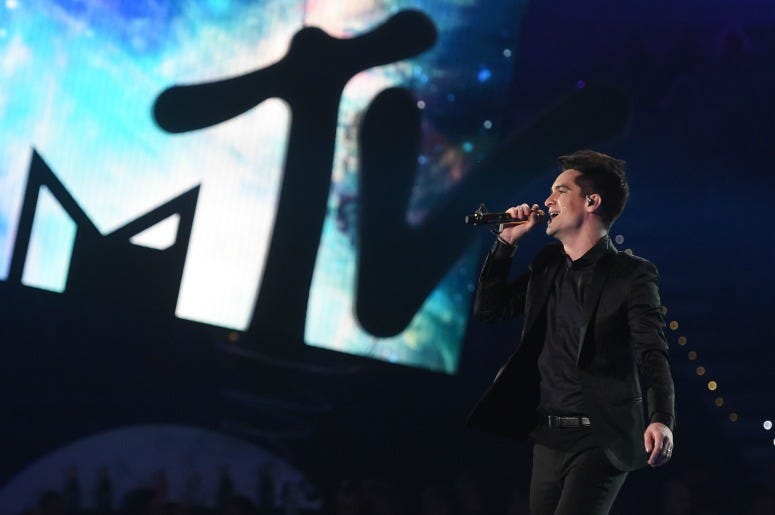 This weekend the 2018 MTV EMAs went down in Spain, and featured two big rock performances that you need to see.

The first is from Brendon Urie and Panic! At The Disco, who rappelled down a building on to the stage, for another sky-high performance of "High Hopes." It's similar to his daredevil entrance at the VMAs earlier this year.

The band also took home the award for Best Alternative Artist at the Europe Music Awards.

The other performance from Muse was too much for an arena to handle, as the band performed their new song "Pressure" outdoors at San Mamés Stadium. That allowed for the fireworks, screaming fans, and a wide shot of Matt Bellamy taking a tumble on the catwalk.

Muse will release their new album Simulation Theory on Friday, and just announced their World Tour starting in February. You can pre-order the album here, and check out their upcoming dates here.