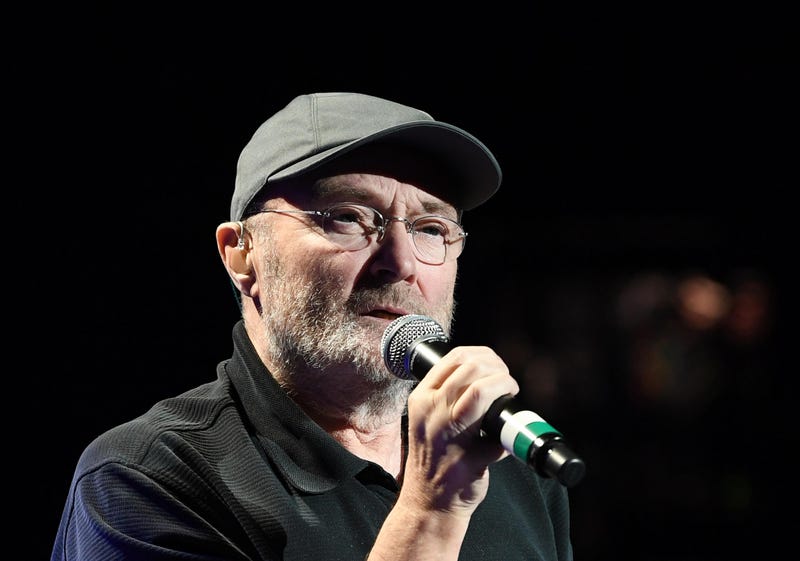 A topic that has been bandied about for a number of years, is once again coming around...namely, the possibility of a Genesis reunion.

The last time the talented and pioneering prog-rock group hit the road was 11 years ago for their Turn It On Again Tour and, given the well-documented health issues that Phil Collins has experienced in the interim, the idea of another reunion pretty much faded. However, Collins emereged from his self-imposed retirement a year ago with his Not Dead Yet solo tour and, while he was still unable to play the drums, he enlisted the talents of his son, Nic.

In a new interview with Rolling Stone, Collins recalls that bandmates Mike Rutherford and Tony Banks were "raving" about his son Nic's drumming ability and spurred Phil to think that another tour with Genesis might be feasible with his son behind the kit. When asked about another possible Genesis reunion, Collins says, “I wouldn’t say there isn’t not a possibility. Me, Mike [Rutherford> and Tony [Banks> are pretty close still. I can’t imagine what it would be like if I didn’t play the drums, but anything is possible.”

The younger (Nicolas) Collins said he'd be "ecstatic" to take part in a tour but also noted his doubts. “To be honest, I don’t think there will be another Genesis reunion tour. They did it in 2007 and I doubt it’ll happen again.” To underscore the fact that nothing has been addressed thus far, Collins said “I haven’t really said it to Tony and Mike. I did mention to Tony very quietly if we did anything again it would be with Nic on drums. He kind of didn’t say no. But I’m not sure if he heard me or not.”