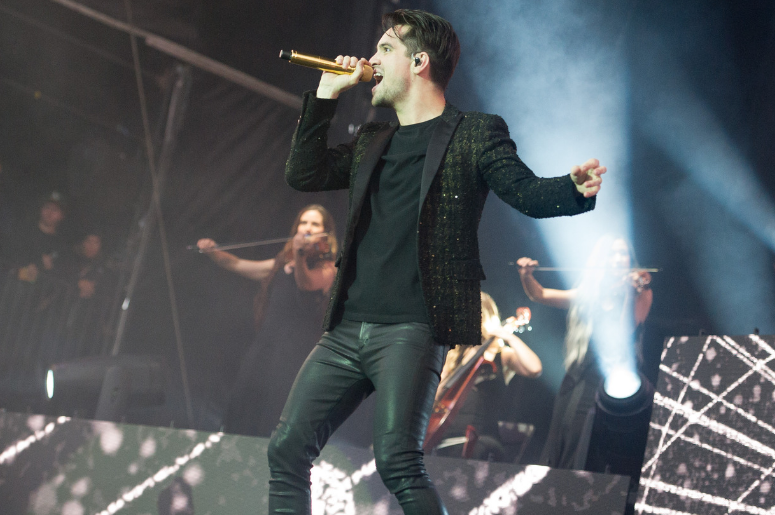 The sore subject of Panic! At The Disco being a one-man-band is one rarely discussed by the frontman, with Brendon Urie as the only official member of the band since arguably 2013.

Panic! has undergone almost constant lineup changes since their 2004 inception. From Brendon Urie’s original role of drummer to the recent departures of touring bandmates Dallon Weekes and Kenneth Harris, Urie has been the band’s only constant.

The first lineup change came when longtime friends and founding members Ryan Ross and Jon Walker parted ways with Panic. In his ongoing videos for State Farm’s Neighborhood of Good series, Urie shared that their departures left him “very depressed.” “I sometimes wouldn’t leave my house for weeks,” he noted.

“You know what matters? People being happy,” he concluded after sharing how he pushed through it.

Watch the full episode below:

In our exclusive interview, Urie shared a few more things you may not have known about him. Hear about his pre-show rituals below and get a list of upcoming tour dates here.