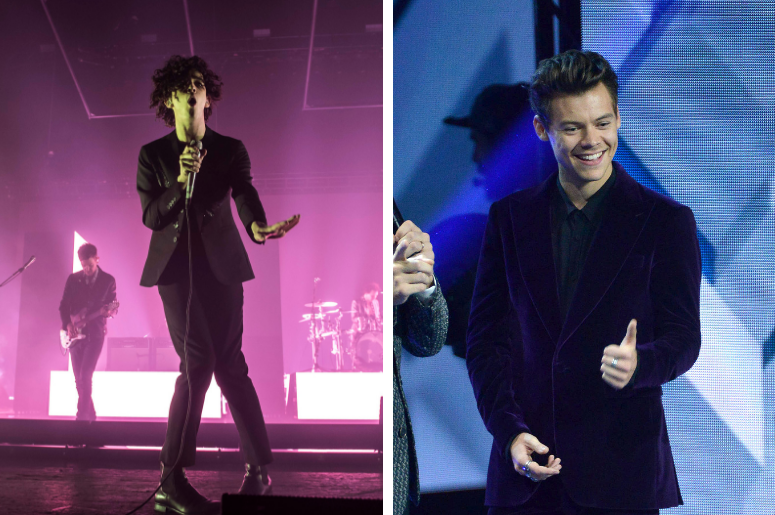 Matty Healy is shooting his shot with one of the biggest young artists and we’re so here for it.

Hot off the release of The 1975’s A Brief Inquiry Into Online Relationships, the frontman is already ready to dive into another project. That is, another project on top of their already scheduled follow-up album that’s expected in the summer of this year, Notes on a Conditional Form.

After joking that Harry Styles must have his number blocked, a conclusion that he presumably came to after the One Direction member turned solo singer didn’t respond to his previous texts, he made an offer that has the internet freaking out.

Along with their work in The 1975, Matty Healy and drummer George Daniel often work together behind-the-scenes, contributing their names to production and writing credits. It turns out, the next project they have their eye on is Harry Styles’ next solo album.

Hey @Harry_Styles me and George really wanna produce your next album hmu if you wanna it’s cool if not tho I know you’re like super busy etc love!!!!!

He's also teased a show at Los Angeles' The Roxy, a 500-capacity club that's far too small for the popular band and would make for an incredibly intimate show. The concert would follow a similarly once-in-a-lifetime performance they recently put on in London, allowing a few hundred fans to see them in a club setting.