Shawn Mendes and The 1975’s Matty Healy created the perfect internet storm after Shawn’s Calvin Klein campaign. As one of the newest faces of the brand, the gorgeous pop singer modeled the underwear so well that Matty became convinced he needed a pair if he hoped to remain relevant. 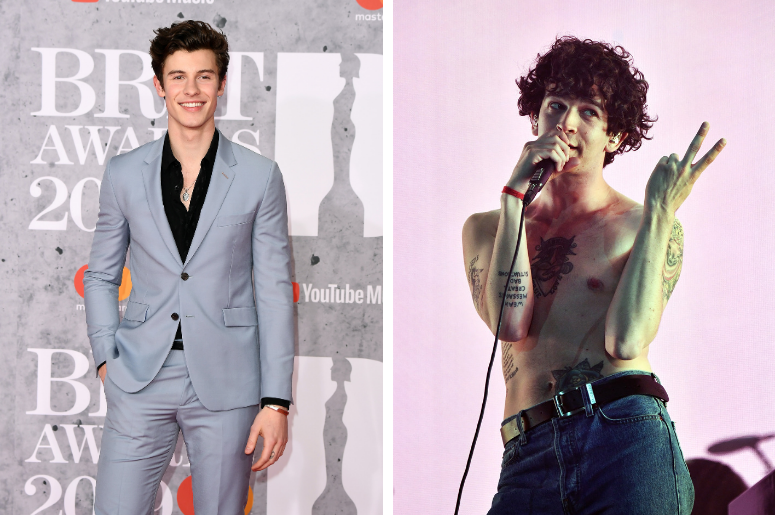 Rather than just going out and purchasing a pair as the ad hopes people will do, Matty decided that wasn’t good enough. He needed THE pair, and Shawn quickly swooped in to help him out.

“My tour manager said you are sending me a present @ShawnMendes it better be them iconic underpants,” Matty wrote after learning he was expecting a present from Shawn.

It was, indeed, the “iconic underpants.” Not only were they a pair of Calvin Klein underwear, but a certificate of authenticity from Shawn to suggests they’re the actual pair he wore during the campaign.

“Matty Healy has dirty versions of my Calvins,” Shawn confirms in the interview above.

Now, the story is continuing with an ask from Shawn. Matty, you didn’t actually think you could just get those underpants without sending anything in return, right? In our exclusive interview, Shawn is turning this into an intimate gift exchange with hopes of getting a clipping of Matty’s signature locks in the mail.

“Just a small curl from the back,” he asked.

While we wait to see if it actually happens, get an inside look at Shawn’s upcoming tour with Dan + Shay (including Dan’s serious hair envy) in the video below.

Read More: Shawn Mendes Dishes on What to Expect From Tour: “I Have a Huge Man Crush on Both Dan and Shay”