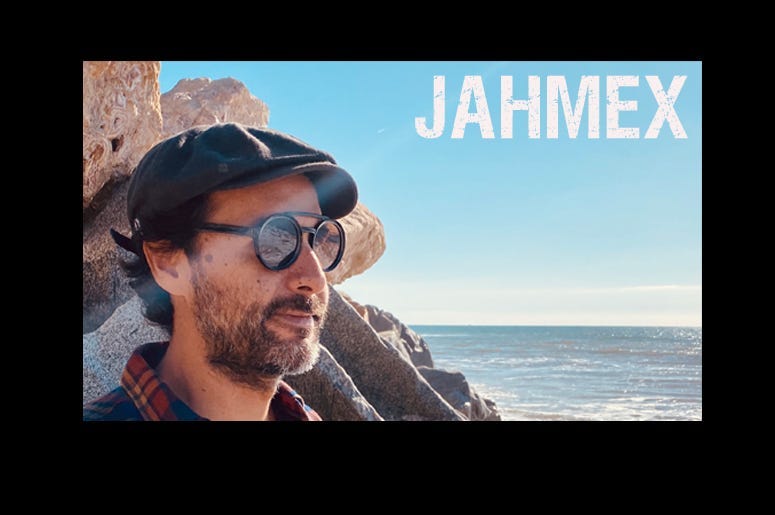 This self produced track has a message that sounds more like a personal constitution, with ample space between lyrics for dub, and extended instrumentals towards the end. Recorded at Portal Records in San Clemente, California, “My Lane” features veteran guitarist, Stephen Verhault, who’s worked with artists including Sean Paul, J-Boog, and currently Barrington Levy. Upright piano, keyboards (including synth bass), drum programming and mixing were done by Jah Mex.

Link to new single "My Lane" - On Soundcloud

With a sing-jay influenced vocal delivery and three part harmonies, Jah Mex resorts to real talk: “I may be from the suburbs of the ‘Pretty boy Ville’  but look inside the cover, take a puff and just chill.”

Jah Mex’s first and second albums were produced by reggae bass veteran from Jamaica, Fully Fullwood who’s worked with many of Jamaica’s greats including Bob Marley, Peter Tosh and Dennis Brown. As a freelance keyboardist for over 20 years, he’s worked with artists including Eek A Mouse, The Mighty Diamonds, The Melodians, Tippa Irie, Cornell Campbell and Marcia Griffiths.


“My Lane” is the first of three singles to be released from a self produced album called Narrow Gates, set to release Summer of 2020. Jah Mex will be promoting the album with his backing band, The Translators, performing at venues throughout California this spring and is looking to hit the road out of state.