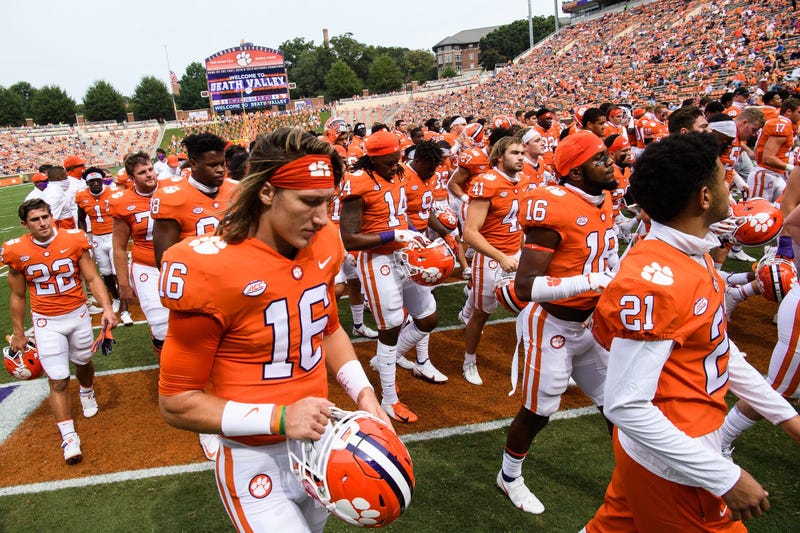 Aaron Murray thinks that Clemson quarterback Trevor Lawrence is a can’t-miss NFL prospect. Actually, scratch that. Murray doesn’t think it; he knows it.

“I remember when I first met him,” the CBS Sports Network college football analyst recalled on Tiki & Tierney. “He was a senior in high school, and I’m not kidding when I tell you this kid is all of 6-6. He made me look like I was a middle school football player. The kid’s a giant. He’s tall, he has speed, the arm strength, the accuracy, he’s a hard worker, he’s a great leader – I mean you talk to people inside that locker room and you kind of see what he’s done this offseason as just a leader of all of college football. He is the guy that was kind of leading the charge [to play this season]. That’s a huge plus from a quarterback: a guy that can be a leader.”

Joe Burrow was praised for his leadership at LSU this season, and that skillset, it seems, has already carried over to the pros.

“I think Trevor is just like that,” Murray said. “People love him. People love to be around him. You throw in the fact that he’s 6-6 with a big arm, can move really well – I don’t know what’s there’s not to like when you watch his game. Plus, he’s playing in a system right now that is very similar to what we’re seeing on Sundays: the spread it out, more 11 personnel. Andrew Luck was an elite talent, there’s no question about that, but Stanford’s system was Andrew Luck threw the ball 20 times a game, 24 times a game. They were in the I-formation, they would just run, run, run, play-action pass, and go from there. Then he goes to the Colts and it was a little bit of an adjustment for him.”

Murray doesn’t think the learning curve will be as steep for Lawrence.

“This game has now evolved to more 11 personnel,” Murray said. “Three receivers on the field; get a good, athletic tight end out there; and a running back that can be a dangerous weapon out of the backfield as well. He’s a part of that offense at Clemson, so I think his transition is going to be a little bit easier getting into the NFL – and he has all the tools. So yes, I am all for this kid being the No. 1 pick, but it has to be the right situation. I think if one of the New York teams has that pick, I still think you got to give those guys [Sam Darnold and Daniel Jones] a little bit more time to see what they can do.”