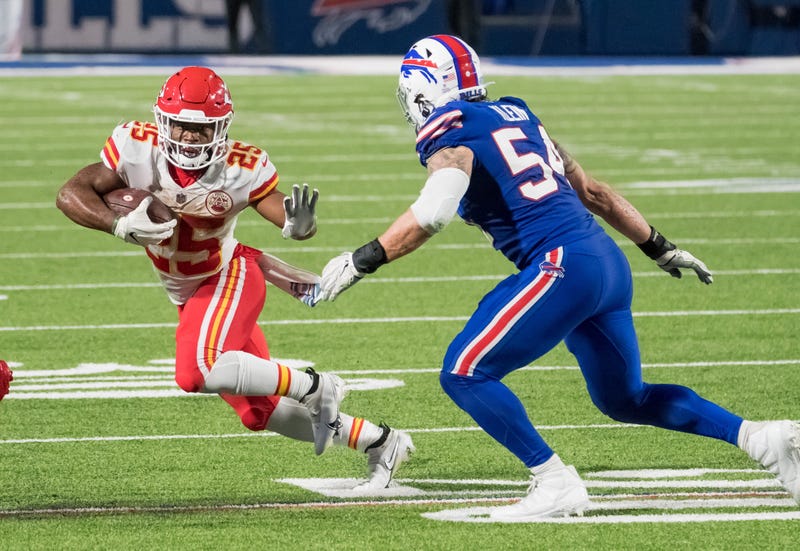 The Kansas City Chiefs beat the Buffalo Bills, 26-17, on Monday. It was kind of a “meh” game by Kansas City standards, as Patrick Mahomes threw for just 225 yards and two touchdowns.

But that was by design – if not by the Chiefs, then certainly by the Bills.

“They’re going to have to win games like this for a while,” Yahoo Sports senior NFL reporter Terez Paylor said of the Chiefs on Reiter Than You. “Here’s what teams have been doing for the last month: there’s such respect for the deep-ball ability of Patrick Mahomes and Tyreek Hill and his assortment of weapons that teams are saying, ‘I’m done with that. I can’t afford to let these guys put up 40 on me. I’m going to make them put together a long drive, even if we look bad doing it.’

“So how do you do that?” Paylor continued. “You rush three or four, you drop seven or eight men into coverage, and you play bend-but-don’t-break defense until you get into the red zone, where you can play a little bit more man coverage. We’ve seen that for the last month. Dating back to the Chargers, this is what teams are doing against Kansas City. They’re keeping everything in front of them, and they’re making the Chiefs go the length of the field.”

The Chiefs rushed 46 times for 245 yards against Buffalo. Their final four scoring drives consisted of 12, 13, 10 and 12 plays. Clyde Edwards-Helaire was the biggest beneficiary, rushing 26 times for 161 yards. He and Le’Veon Bell figure to become quite the 1-2 punch for the Chiefs.

“He has tremendous vision and can get four or five yards a carry,” Paylor said of Bell. “I see him working as a cohort to Clyde Edwards-Helaire, because Edwards-Helaire does some things that Bell can’t, which is mainly break the long run. . . . You’re not going to get the big-play run out of Le’Veon Bell, but what you will do is get the Damien Williams role. Damien Williams was the Super Bowl hero for the Chiefs. Sound blocker, good receiver out of the backfield, tough runner – and I think that’s what Le’Veon Bell is going to do.”